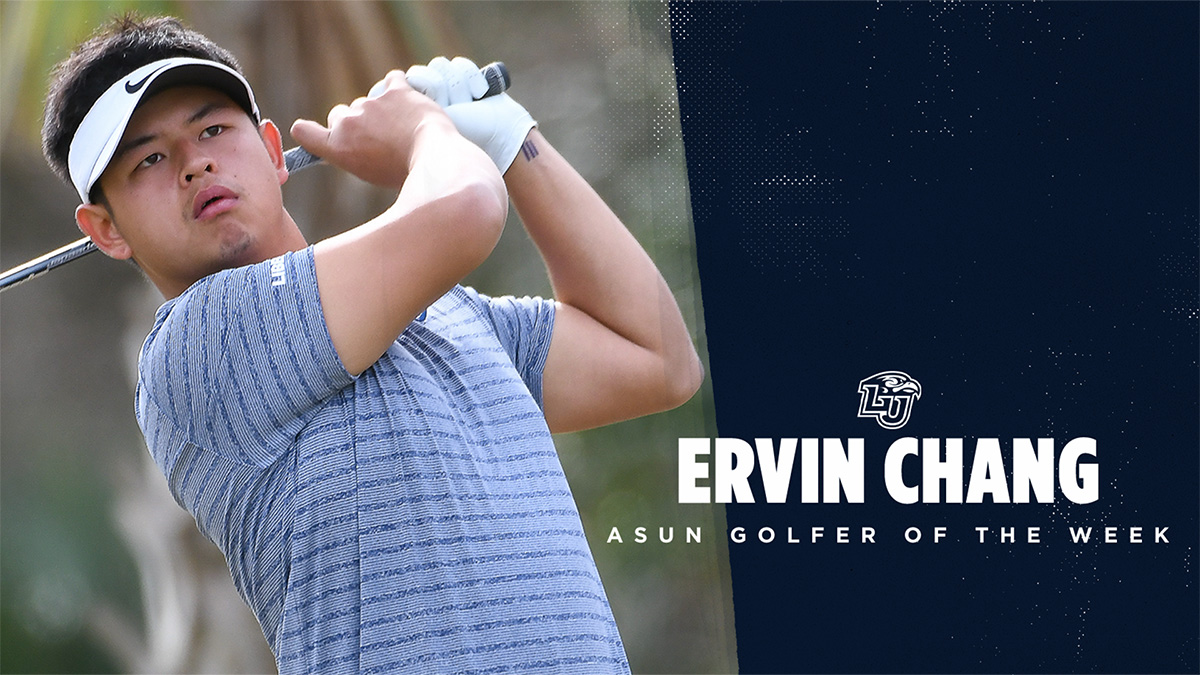 Ervin Chang has been named the ASUN Golfer of the Week.

Following a fifth-place finish at this week's Sea Best Invitational, Liberty's Ervin Chang has been named the ASUN Men's Golfer of the Week.

The two-day tournament was hosted by Jacksonville at the TPC Sawgrass – Valley Course in Ponte Vedra Beach, Fla., earlier this week on Monday and Tuesday.

Chang helped the Flames end the tournament in third place, finishing one spot ahead of No. 13 North Carolina and two places ahead of fellow ASUN foe and No. 30 ranked North Florida.

The senior closed the tournament with a 5-under par 65, his lowest round of the year and the fifth time this season he has posted a sub-70 round.

Chang finished the tournament with 14 birdies, ranking second in the 84-man field. He also ranked third in the field in par-4 scoring with a 1-under par 3.97 scoring average.

This marks the third time in Liberty's two seasons in the ASUN Conference Chang has been selected the ASUN Men's Golfer of the Week (also on Nov. 1, 2018 and April 11, 2019).

Back on the Course – Liberty's Next Event: