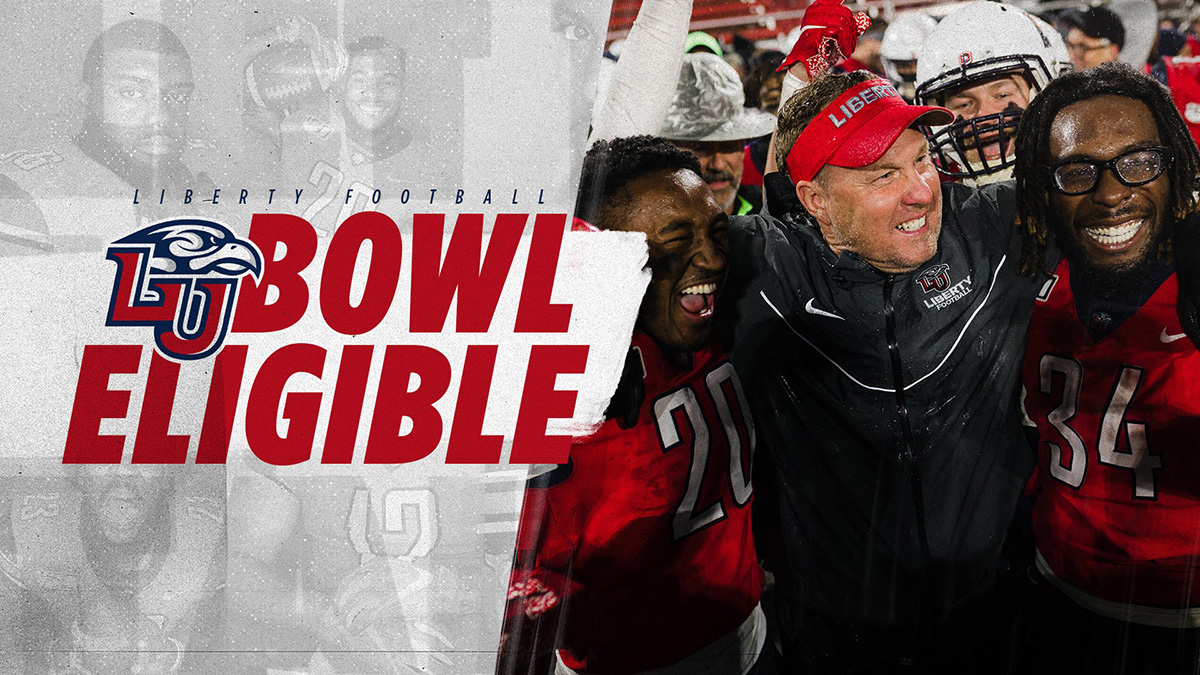 With their win over New Mexico State on Saturday, Liberty is officially bowl eligible for the first time in football program history.

With their win over New Mexico State on Saturday, Liberty is officially bowl eligible for the first time in football program history.

Liberty is currently in its first full season at the FBS level after completing the FBS reclassification process in August.

With the victory over the Aggies at Williams Stadium, the Flames have reached the six qualifying win threshold needed to be eligible for a bowl game (six or more wins on the season, which can include one win against a FCS opponent).

It is expected that the 2019 bowl game schedule will be announced at some point in time during the afternoon on Sunday, Dec. 8. Ticket sales for the historic game will be available at www.LibertyFlames.com/BowlCentral.

Fans can visit the website now to review ticket information. Prior to the official bowl game announcement, members of Flames Nation can guarantee tickets for Liberty's first-ever bowl game by placing a $25 deposit per ticket for the game. To place your $25 deposit now, call 434-582-SEAT (7328) or click here.

Once Liberty has been selected for a bowl game, the athletics department will announce ticket and travel plans for Liberty Students. Please look for information on the Flames Nation student app and social media.