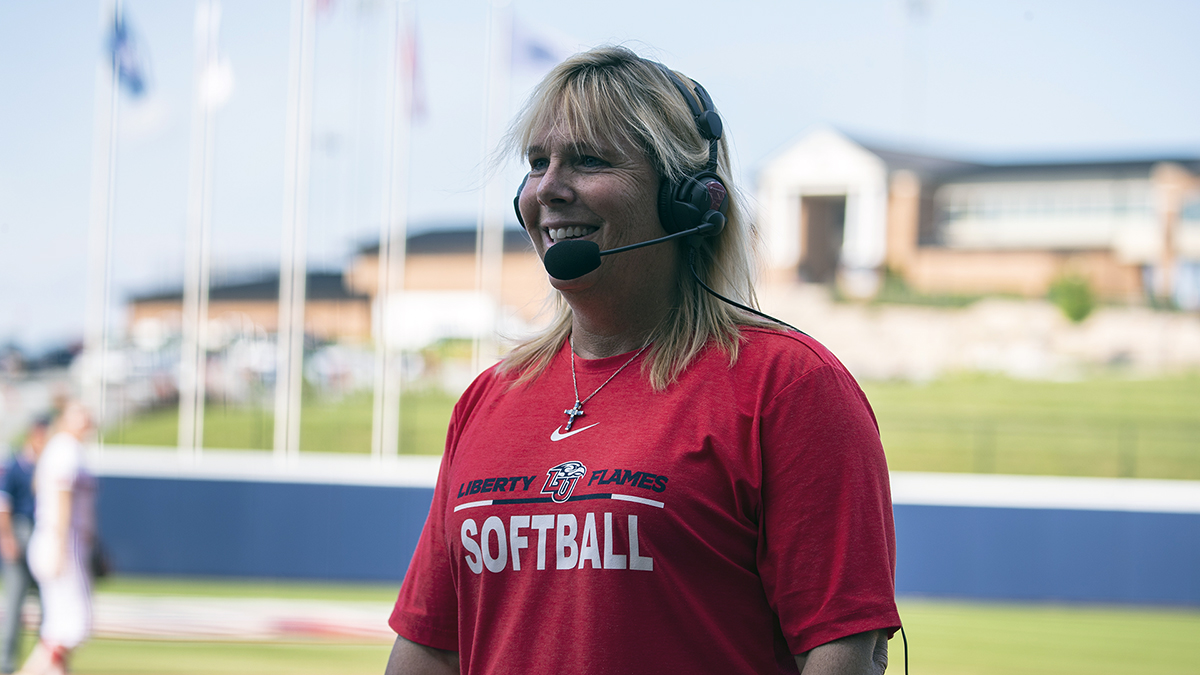 Head Coach Dot Richardson has announced the addition of six student-athletes during the early signing period.

Seventh-year Liberty Softball Head Coach Dot Richardson has announced the addition of six student-athletes to the Lady Flames' softball program for the 2020-21 academic year. Raye Green, Megan Hodum, Devyn Howard, McKenzie Wagoner, Macy Wallace and Mary Claire Wilson have all signed commitments to attend Liberty and play softball at Liberty beginning in the Fall of 2020. In addition to five incoming freshmen, Devyn Howard will be transferring from College of Central Florida.

These six student-athletes join a team that has gone to the postseason each of the last three years, posting three straight 40-win seasons while going 135-50 during that span.

This upcoming class includes two players from Tennessee and one each from Alabama, Florida, Oklahoma and Virginia.

Raye Green (INF, Jetersville, Va./Amelia County HS)
Raye Green comes to Liberty with strong credentials from a career that spans two different schools. As a junior at Amelia County High School, she batted .514 with three homers and 25 RBI, while also posting a 17-2 record, 0.493 ERA and 144 strikeouts. She was named first team all-district and first team all-region in 2019, in addition to being named Region Player of the Year. Last year, she helped her team win district and regional titles. During her freshman campaign at Nottoway High School, she batted .363 before missing her sophomore year due to injury. Green also played volleyball as a freshman, junior and senior.

???? We are proud to announce the newest member of our softball family - Devyn Howard from Tarpon Springs, FL! pic.twitter.com/7GVSTx3QW2

???? We are proud to announce the newest member of our softball family - Macy Wallace from Clarksville, TN! pic.twitter.com/ixHGnZLOY7