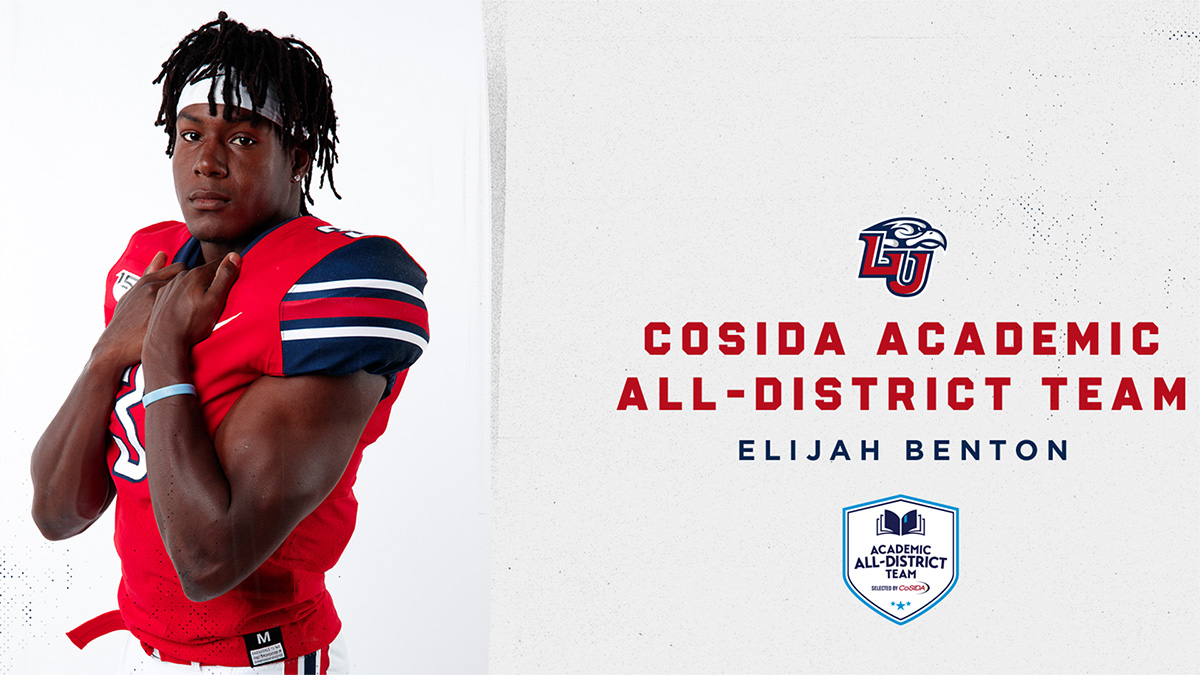 For the second year in a row, Liberty's Elijah Benton has been honored for his hard work in the classroom.

The redshirt senior has been named to the 2019 CoSIDA Academic All-District Team®, which was announced on Thursday by the College Sports Information Directors of America (CoSIDA).

Liberty has had at least one football player selected Academic All-District® first team each of the last four years and eight of the last nine years.

Benton, who is a native of Forest, Va., currently holds a 3.57 cumulative GPA. He completed his undergraduate degree in graphic design, last May, and is currently pursuing a master's degree in executive leadership.

Benton ranks third on Liberty's roster in 2019 with 61 tackles, including 36 solo and 25 assisted stops. He has started nine out of 10 games, missing the Buffalo contest due to an injury.

Benton is one of Liberty's most experienced defensive players, having played in 41 career games, including 24 starts. He is Liberty's active career tackles leader with 181 career stops (109 solo, 72 assisted).