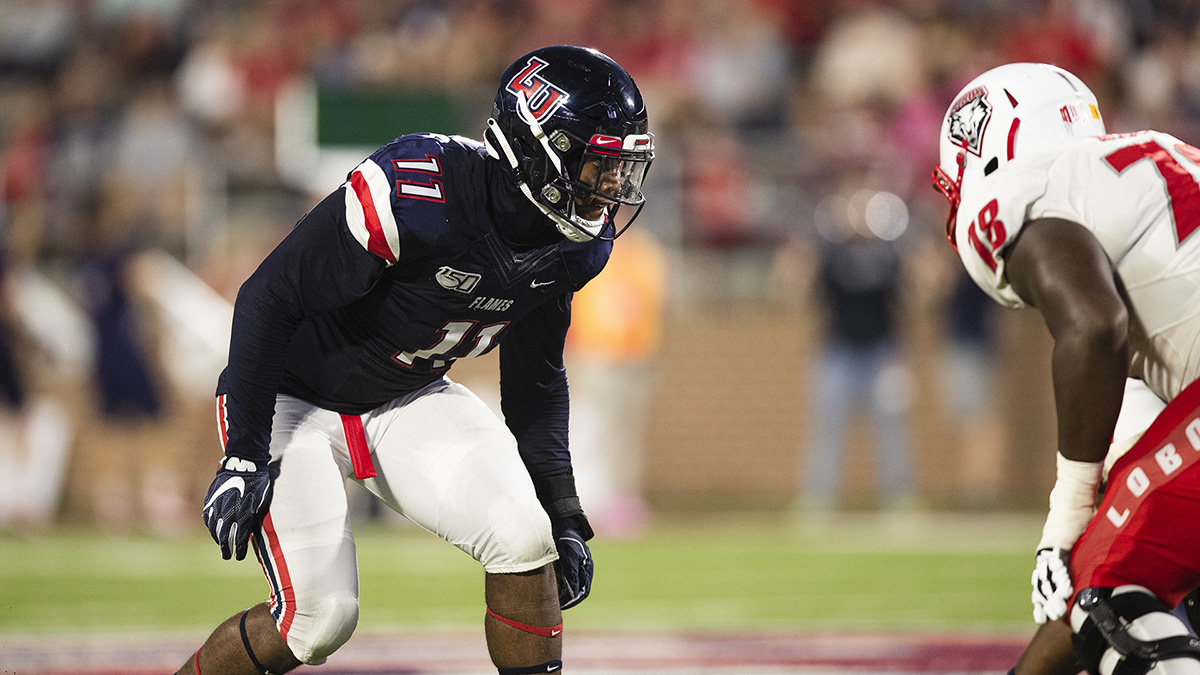 Liberty's first-ever meet with BYU will have a national audience, as the Flames' match-up with the Cougars will be televised on ESNPU.

1. Liberty (6-3) continues a four-game road swing with its inaugural meeting with fellow FBS independent squad BYU (4-4), Saturday on ESPNU.
2. Coming off a school-record 730-yard offensive outburst in a 63-21 victory at UMass, Liberty is one win away from bowl eligibility during its first season as a fully bowl-eligible FBS member. One more victory would give the Flames their first 7-win season since 2014.
3. Liberty is just 3-7 in road games as an FBS member but has won two of its last three contests away from Lynchburg. The Flames are seeking their first victories in consecutive road games since the 2016 season.
4. Senior QB Stephen Calvert is one of two active FBS QBs with 11,000 career passing yards and owns a 20/3 TD to interception ratio this season. He went for a school-record 474 passing yards during his last outing at UMass and has thrown 236 passes since his last pick on Sept. 7 at Louisiana. Saturday will mark his 40th consecutive start.
5. Senior WR Antonio Gandy-Golden ranks No. 2 in the nation with 1,082 receiving yards this season. His next reception will be No. 216 of his career, setting a new Liberty program record.
6. Redshirt senior DE Jessie Lemonier has recorded 8.5 sacks this season (tied for No. 9 nationally) and 18.5 sacks in 21 total games as a Flame.

• Achieve bowl eligibility during the Flames' first season as a fully bowl-eligible FBS member.
• Be the Flames' seventh victory of the season, marking their most triumphs in a single year since 2014 (9-5). It would be Liberty's 17th season of 7+ wins in program history.
• Give the Flames their best 10-game start to a season (7-3) since 2014.
• Mark the Flames' first-ever victory in Utah, making it the 18th different state in which Liberty has posted a victory in program history.
• Represent the first time the Flames have won consecutive road games as an FBS member and the first time they have done so overall since Oct. 15 (at Kennesaw State) and Nov. 5 (at Presbyterian), 2016.
• Mark the Flames' fourth consecutive victory when matching up with a fellow FBS independent squad.