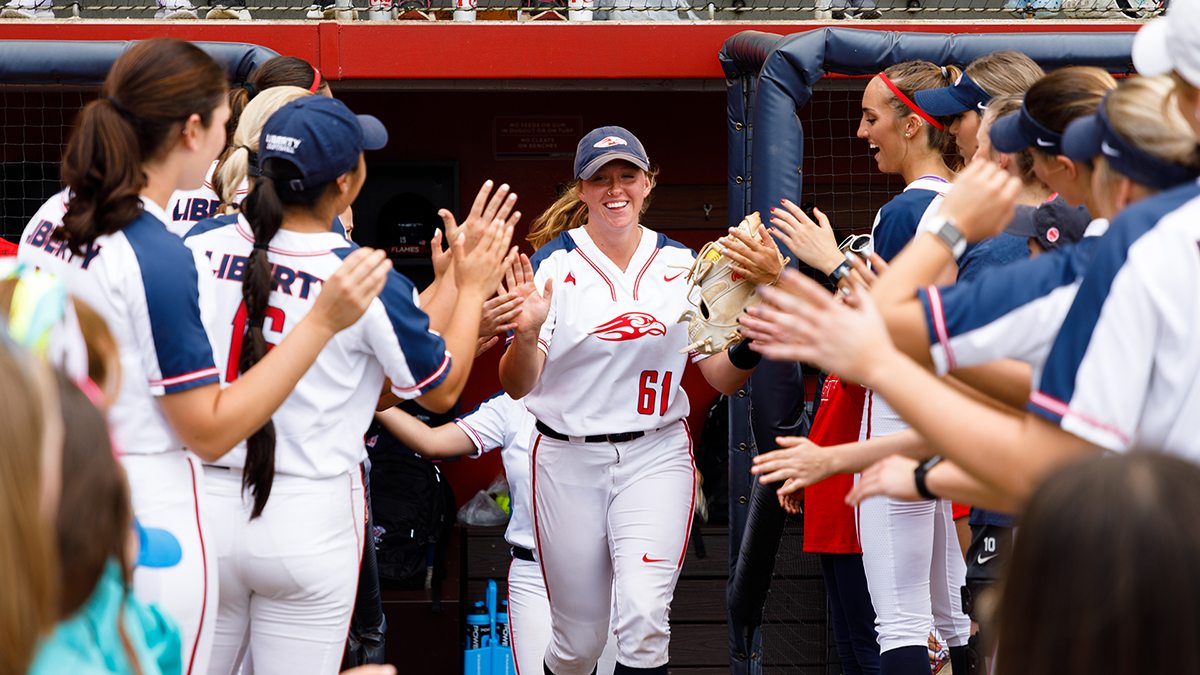 Liberty has announced its most challenging softball schedule to date.

The toughest schedule in program history awaits the Liberty softball team in 2020, as the team's schedule was released today by seventh-year Head Coach Dot Richardson.

The Lady Flames will open the season with 11 straight games at the Eddie C. Moore Complex in Clearwater, Fla. Liberty will compete in the NFCA Division I Leadoff Classic Feb. 7-9 at the facility, taking on Kentucky, Illinois, Auburn, Mississippi State and Ole Miss.

While competing in the St. Pete/Clearwater Invitational Feb. 13-16, Liberty faces teams (Alabama, Missouri, Washington, UCLA and Florida State) who ended the 2019 season with an average RPI of 8.

Liberty will then play in the South Carolina Tournament in Columbia, S.C., meeting Michigan, Boston College and Elon.

The Lady Flames close out tournament play in Austin, Texas, competing in the Texas Invitational against Texas, Texas Southern and New Mexico.

The Lady Flames will host the ASUN Conference tournament for the first time. The top six teams in the conference standings at the end of the regular season will compete in the 2020 ASUN Softball Championship, hosted at Liberty Softball Stadium from May 6-9. The ASUN champion will earn the conference's automatic bid to the 2020 NCAA Division I Softball Championship, which will begin the weekend of May 15.