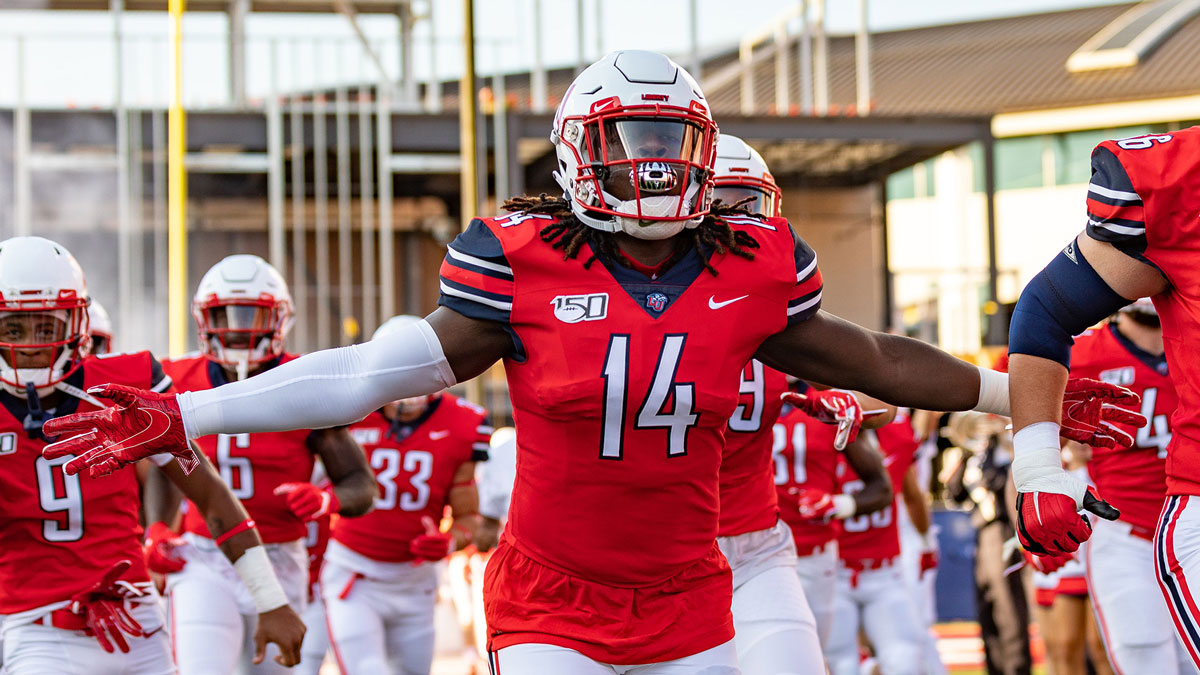 Following a weekly press conference with Flames Head Coach Hugh Freeze on Monday, select members of Liberty's roster met with the media on the Club Pavilion of the Carter Tower at Williams Stadium.

During the media session, several of the Flames' players reflected on Liberty's fourth win in a row with the victory over New Mexico State and how the bye week helped the team prepare for the Maine contest.

Liberty is seeking its first five-game winning streak since the 2016 season and its first 5-2 start to a season since the 2010 Flames began the year at 7-2.