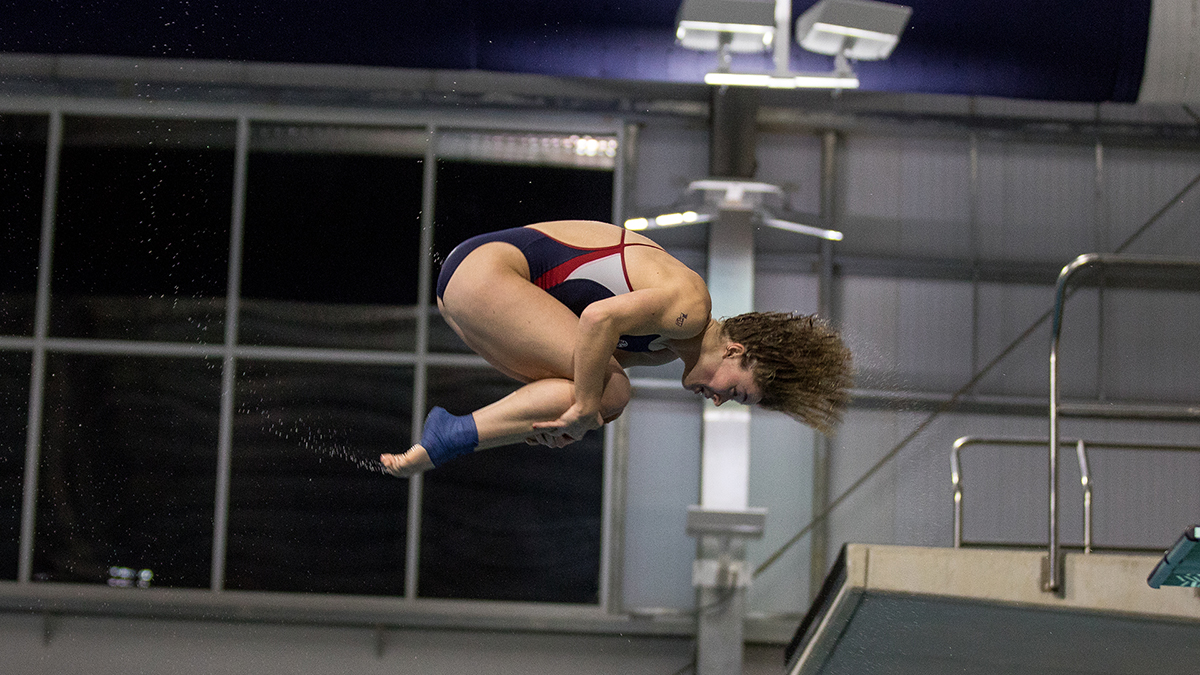 Abigail Egolf-Jensen was named CCSA Diver of the Week.

A native of Blaine, Minn., Egolf-Jensen led Liberty's divers, as they competed separately from the swimmers on the weekend. Competing in a meet at UNCW against divers from Old Dominion and UNCW, Egolf-Jensen took second place in both one-meter (234.35) and three-meters (241.30) diving.  She earned her best placings of the early season while in Wilmington on Saturday.

The Lady Flames (3-1, 1-0 CCSA) will contest their first regular-season home meet of the season, hosting UNC Asheville at the Liberty Natatorium Oct. 25-26.