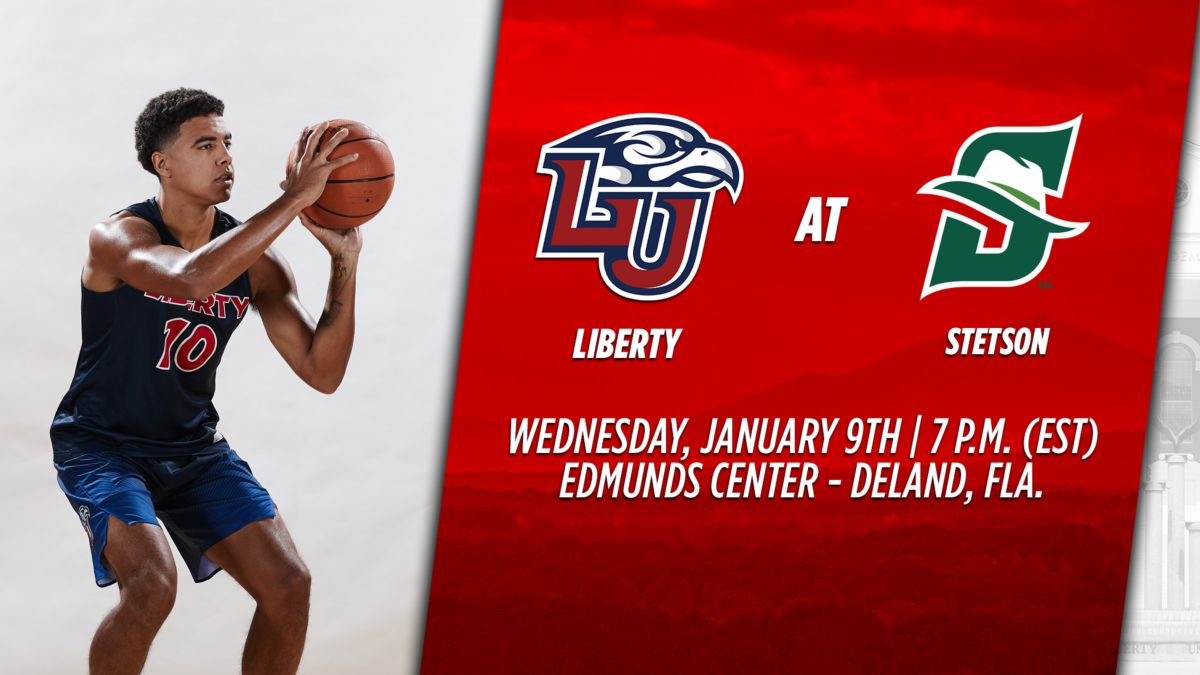 Liberty's six-game roadtrip away from the Vines Center will come to an end on Wednesday, Jan. 9, as the Flames face Stetson. This will conclude Liberty's first-ever ASUN roadtrip as the Flames look for its third straight win.