"This is a dynamic class of freshmen with a broad skill set," Hain stated. "We are blessed to have each student-athlete and look forward to what God has planned for them and their tenure here with the women's soccer program. Each one of these young women are coming to Liberty with their eyes fixed on living as Champions for Christ. That's the kind of salt and light our program desires to embody and display for His Kingdom and His Glory. It will be a great fit for all of us."

Brianne Beard, Midfield, 5-3, Chantilly HS (Chantilly, Va.)
The daughter of Ms. Lisa Keener, Beard has been an Olympic Development Player at the district and state levels, as well as a member of her high school varsity team.  Beard was a four-year captain for the Chantilly Comets club team and currently plays for FC Virginia.

"Brianne Beard brings a strong midfield presence combined with the skill to distribute and the heart to compete," Hain commented. 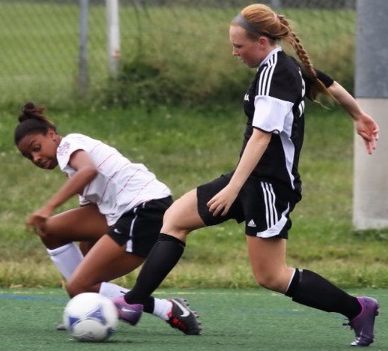 Nikki Belt, Goalkeeper, 5-9, Hendrickson HS (Pflugerville, Texas)
The Lady Flames will add a goalkeeper to their roster with the signing of Belt.  As the starting goalkeeper for the Lonestar Red North, Belt and her club team have finished in the top three in the state of Texas for the past four years.  The daughter of Steve and Debbie Belt, she served as the only goalkeeper in her high school, helping Hendrickson capture back-to-back district championships.  Belt is also an Olympic Development Player in the state of Texas.

"Nikki has good technical training, is strong in the air and has good reaction time," Hain stated. 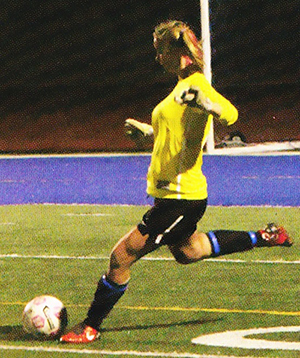 Baylee Gillmore, Forward, 5-7, Centreville HS (Centreville, Va.)
Gillmore looks to join an accomplished Liberty attack after garnering accolades at two different high schools.  After beginning her high school career at Centreville High School in Virginia, Gillmore spent her sophomore season at T.L. Hanna in Anderson, S.C. During her time with the Yellow Jackets, Gillmore was an all-region and all-state selection.  She was instrumental in helping the team capture a South Carolina state title, scoring 14 goals and notching 12 assists.  The daughter of Paul and Heidi Gillmore, she has also been a member of the FC Virginia club soccer program.

"Baylee is a mobile, fast and skilled attacker who will work well within our style of play," Hain noted. 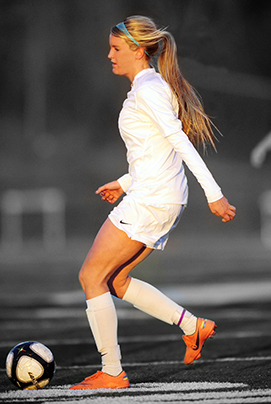 Jordan Kestel, Defender, 5-9, Forest Park HS (Manassas, Va.)
Joining a veteran Liberty defense, Kestel brings a wealth of Premier League and National League experience.  The daughter of Ed and Jodi Kestel, she concluded three of the past four years as a State Cup Finalist as a member of the Prince William 95 Gold club team.  In addition to her club soccer experience, Kestel was a two-year letterwinner at Forest Park, where she earned all-district and all-region honors.

"Jordan has the potential to be an outstanding defender for the Lady Flames with the size, strength and vision to have an immediate impact," Hain stated. 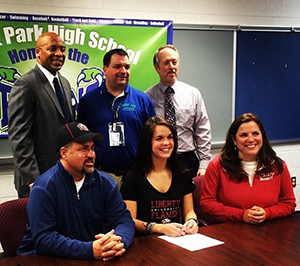 As a member of the VA Rush club team, Kaitlyn competed in the ECNL league and was identified for the PDP ECNL Mid-Atlantic Region, the ID2 Regional Training Camp and the U.S. Soccer Development Academy.  The daughter of James and Kathy Klamut, she is a four-year Olympic Development Player and has been ranked as high as #11 in the Mid-Atlantic Region according to Top Drawer Soccer.

"Kaitlyn is a dynamic midfielder with great vision who is capable of impacting the game in dangerous ways," Hain noted.

Jennifer Knoebel, Forward, 5-6, Fresta Valley/Homeschooled (Warrenton, Va.)
As a member of the Prince William Courage club team, Knoebel has been instrumental in the team's success in the National and Premier Leagues and is currently ranked the second highest goal-scorer in National League history.  During her junior year, Knoebel posted 35 goals in 13 games for her high school team, Fresta Valley.

The daughter of Robert and Dawn Knoebel, she has been a three-time high school team captain as well as a three-time V.A.C.A. North Region First Team, all-state and League MVP player.

"Jennifer is a fast, powerful forward with the confidence to beat players one-on-one and score goals," Hain commented. 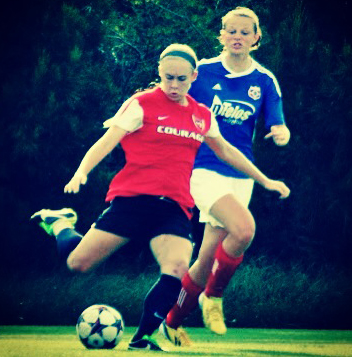 In addition to her high school accomplishments, McKee also competed in the Elite Club National League for FC Delco Burnley, garnering an EPYSA state championship in 2010. Away from the pitch, McKee was a two-year letterwinner in track & field her freshman and sophomore year.

"Gabby has the heart, discipline and skill of a true center-back who will compete well for the Lady Flames," Hain stated.

Andrea Nummerdor, Defender, 5-5, Mountain Top Christian Academy (Juneau, Wis.)
Nummerdor brings an abundance of ECNL and club soccer experience to the Lady Flames.  The daughter of Keith and Stacy Nummerdor, she has been a member of both FC Milwaukee and North Shore United, two teams who have won Wisconsin state championships.  In addition to this experience, Nummerdor was a four-year starting point guard for the varsity basketball team at Mountain Top Christian Academy.

"Andrea is a strong, explosive player who is versatile with both feet and capable of driving up the flank as a defender or attacker," Hain commented. 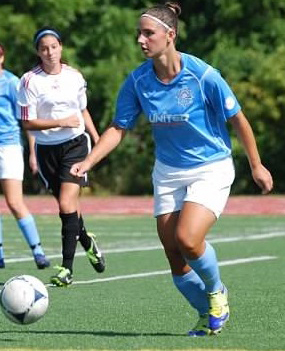 Abigail Persson, Midfielder, 5-4, Sylvan Hills HS (Sherwood, Ark.)
Persson will make her way to Liberty upon capping a stellar high school soccer career. A three-year letterwinner at Sylvan Hills, Persson enters her senior year with a total of 95 goals and 25 assists. The daughter of Nate and Lisa Persson, she is a three-time all-conference and 5A all-state selection and two-time River City Rivalry Cup MVP.

"Abigail is an intelligent, versatile player with good vision and a great work ethic," Hain stated. 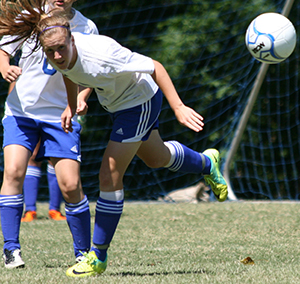 During her junior season, Santos recorded eight goals and two assists. That year, her team went on to capture the conference championship. Totaling 13 goals and 19 assists in her high school career, Sami is a two-time coaches' award winner and team MVP. The daughter of Fred and Regina Santos, she comes from a seasoned family of high-level soccer players as both her father and grandfather competed at the collegiate and international levels of the game.

"Sami is a skilled, thoughtful player who moves the ball well and contributes to a high-level speed of play," Hain commented. 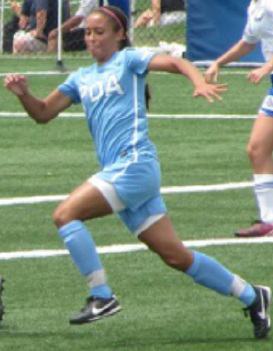