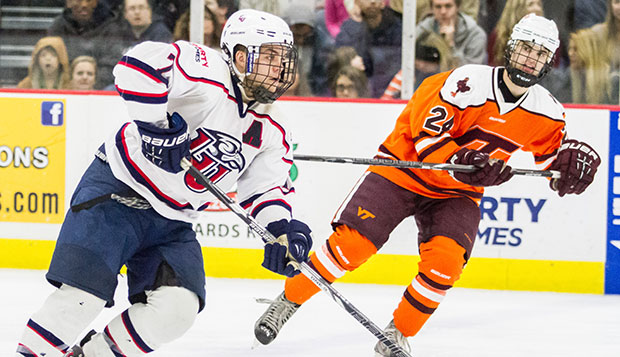 Jackson Kuhn, who graduated in May, was named Second Team All-American for his senior season as an assistant captain on Liberty University's ACHA Division I men's hockey team while Robert Ward was selected to the league's All-Rookie Team.

Despite being a defenseman, Kuhn ranked fourth among the Flames in scoring with 15 goals and 26 assists. He was chosen to represent Liberty in the ACHA DI All-Star Game along with senior forward Andrew McCombe, the Flames' third-leading scorer with 17 goals and 36 assists.

Ward ranked second on the team in scoring (20G, 35A), behind only rising senior forward Lindsay LeBlanc (25G, 31A).