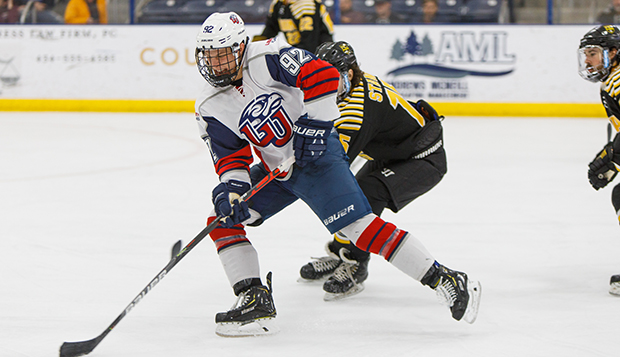 Liberty University's ACHA Division I men's hockey team, which ended last season at an all-time-high No. 2 national ranking, will conclude its fall semester schedule with a two-game series at Adrian College, Nov. 12-13 at the Arrington Ice Arena in Michigan. Originally, the Flames were set to play the Bulldogs in the first game before facing Indiana Tech in the second, but the Warriors have had to pull out of the showcase at Adrian.

"It will be a great series with a national championship atmosphere," Liberty Head Coach Kirk Handy said. "We will have plenty of motivation going in and will certainly feed off of what happened last year."

After being swept by the 2018 ACHA DI national champions last Oct. 25-26 at Adrian, the Flames turned the tables on the Bulldogs by staging back-to-back victories with last-minute game-winning goals against the previously unbeaten Bulldogs, Feb. 21-22 at the LaHaye Ice Center.

That set up a potential showdown between the Nos. 1- and 2-ranked teams in the ACHA DI National Championship finals in Frisco, Texas, before that tournament was canceled by COVID-19.

Next month's rematch at Adrian will have limited fans on hand due to ongoing restrictions in the midst of the pandemic, but both games will be webcast live on Adrian's YouTube channel, with Thursday night's opener starting at 7 p.m. and Friday's rematch set for 3 p.m.

The Flames will play 16 of their 20 scheduled contests in the spring semester against ESCHL competition in their last season in that conference before rejoining the independent ranks starting in 2021-22. 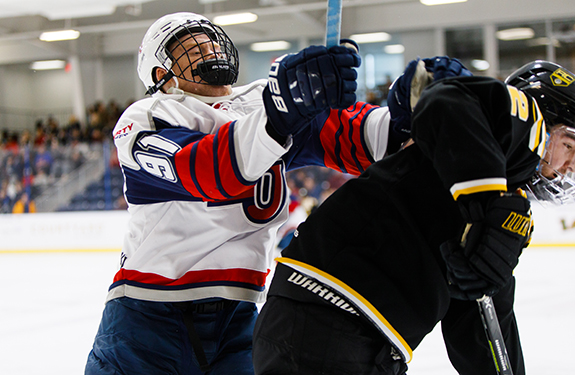