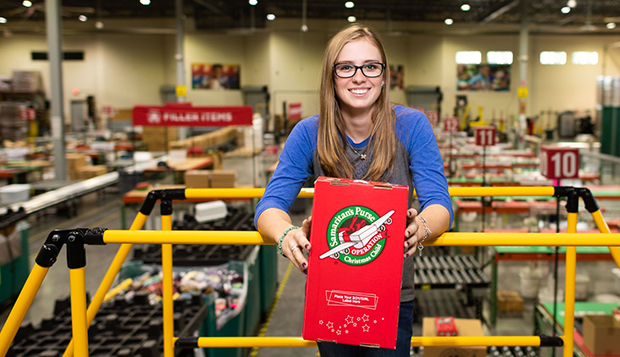 On the same day she won her third Scholastic 3D Archery (S3DA) indoor state championship in Olympic Recurve, on March 7 in her hometown of Boerne, Texas, Natasha Leininger signed her letter-of-intent to join Liberty University's archery team this fall.

Leininger, who is sponsored by Hoyt bow company, worked and trained at and competed for Leading Edge Archery, which hosted the tournament as well as the virtual signing ceremony attended remotely by Liberty Head Coach Ben Summers.

"She's a sponsored pro and to be sponsored by that brand (Hoyt) in particular is a really big deal," said Summers, who serves as chairman of the Archery Trade Association's board of directors and president of manufacturing and production at T.R.U. Ball/AXCEL Archery. "She was recruited for years by Texas A&M, which has one of the best archery schools in the country."

Leininger, who graduated from Crestmont Christian Preparatory School in Boerne, advanced to the second round of the 2020 U.S. Olympic Trials and was named Olympic Recurve shooter of the year in her age division in the United States. She first met Summers at the Lancaster (Pa.) Classic before attending her second College For A Weekend (CFAW) event in February.

"I loved being able to meet Coach Summers and the team at the Lancaster tournament. Everyone was super nice," said Leininger, who is strongest in indoor archery with 3D ranking second, ahead of field archery. "I enjoy all three and am excited to get better at all three."

As proficient as she is in archery, Leininger is even more passionate about mission work, having joined her grandfather in Haiti twice to work with the ministry Mercy International and Uganda three times since she started the organization One Child To Another while in elementary school with help from her three younger sisters. Through that non-profit, she has helped raise money for wells and a new school in Uganda while teaching others how to help people around the world.

"As long as I've been alive, both my grandfather and my parents have been extremely involved in mission work and they were influential in lighting that fire in me," said Leininger, who also serves on the board of directors for Moroto Ministries, Inc., based in San Antonio, which her mom, Shantel, directs.

"God had a hold on her heart and had His hand on her from Day 1," Shantel said of Natasha. "Most kids like to sleep with a doll or a teddy bear. She would take a map and roll it up and sleep with a map. One of the first things she would do with my mom was to practice sharing the Gospel."

One of the most impactful ministries Leininger has been a part of is Operation Christmas Child (OCC), run by Samaritan's Purse, based in Boone, N.C. Last year, she hosted a gala in Boerne to raise funds to send 6,000 shoeboxes with packing support from hundreds of volunteers.

Leininger, who will be a business major with an emphasis in writing and a global studies minor specializing in linguistics, plans to join the Operation Christmas Child Club at Liberty and help expand its fundraising goals.

"I would love to start a non-profit to help set up entrepreneurial opportunities for those living in third-world countries," Leininger said. "We could set up trade schools to help people learn sewing or carpentry or baking, to be able to sell those things there or in the U.S. to earn money to feed their families, send their kids to school and give them overall a better life."

Leininger is an advocate of OCC's "Greatest Journey," a 12-week Gospel message and discipleship program included with its shoeboxes, and has partnered with Help for Orphans to provide a video curriculum for kids in orphan care all over the world. She also has a heart to help fight human trafficking, one reason why she wants to minor in global studies, to gain more insight into other cultures.

"That is where my interest in writing comes in," Leininger said. "I would love to be able to write books to bring more awareness to some of those issues happening all over the world, and to show how to get involved in helping people in other countries and even here in America."

While she has visited multiple countries on mission trips, including South Africa, Leininger has yet to compete in archery internationally, traveling only to events all over the United States. However, she would be interested joining her Liberty teammates on a Club Sports trip organized by LU Send to use her archery teaching gifts and shooting skills to reach hearts for Christ.