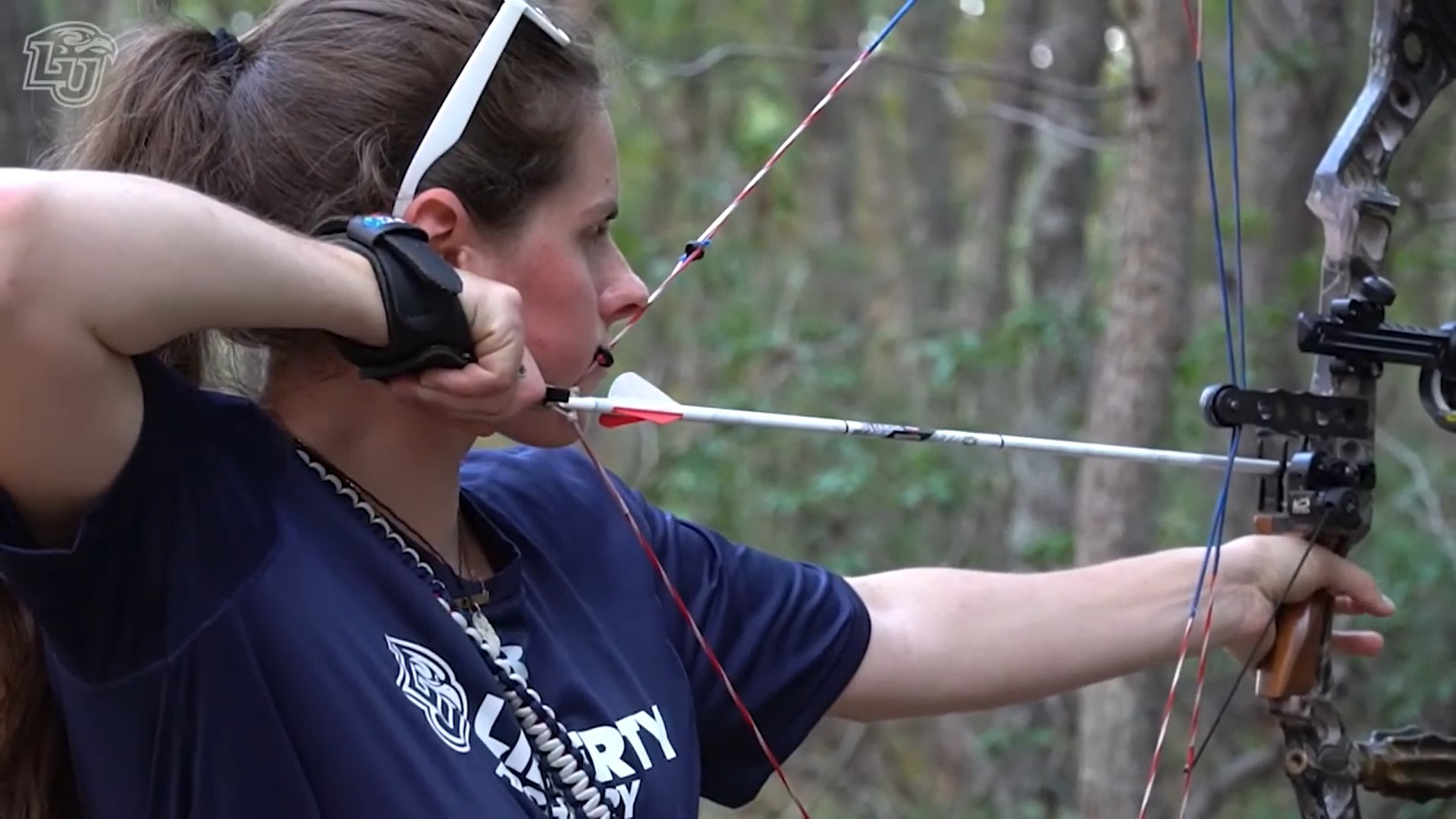 Ever the optimist, Liberty University archery Head Coach Ben Summers sees the current COVID-19 crisis as more of a challenge to be overcome than an inconvenience to his team.

"We had a great year," Summers said, noting that the Flames and Lady Flames excelled at both the USA Archery 3D Outdoor Championships and the Indoor National Championships. "The pandemic has really thrown a monkey wrench into our tournament season, but I would say that our team's going to be coming back really strong next year. They'll take this and make not only their archery career stronger, but they'll be stronger in life because they've made it through something really difficult."

His first year at the helm of the program was a fruitful venture, both in terms of his team's success on the ranges and in their spiritual and social growth as student-athletes and servant leaders.

"The best part of being a coach is enjoying being with the athletes and helping them to be their best — not only in archery, but also in real life," Summers said. "We are trying to build Champions For Christ at Liberty and that's a really big deal in our archery team, too."

When COVID-19 canceled the May 14-17 USA Archery Collegiate Target National Championships in California and sent most of the team back to their respective homes to complete their spring semester studies online, it didn't stop the Flames and Lady Flames from fine-tuning their archery skills.

"Our team is full of champions," Summers said. "We actually can roll with whatever is thrown at us. A lot of students I've seen have gone back home and I've seen a lot of practicing being done (there). When you can shoot a bow in your back yard and still be practicing for next year … they're still doing everything they can to be their best. I'm really proud to see them still practicing, still working toward a better goal for next year."

This summer, he will be directing the July 24-25 3D competition for the Virginia Commonwealth Games, sponsored by Liberty University, at the Liberty Mountain Gun Club range.