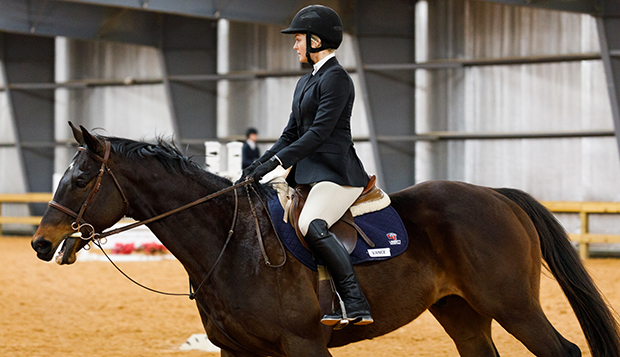 After finishing third with 32 points in Saturday's Region 4 show at the Liberty University Equestrian Center, the Lady Flames' Hunt Seat equestrian team won Sunday's event at Sweet Briar College with 43 points to move into a tie with the Vixens for first place in the regular-season standings with 257 points.

Liberty will conclude its Region 4 regular season with a show this Saturday at Mary Washington.

"We are excited going into our last weekend of regular season shows for both our Hunt Seat and Western teams," Liberty Head Coach Suzanne Flaig said. "Both are coming off of Team High Point wins and are doing some of their best riding of the season, so we will give it our all this weekend and continue to look ahead to the postseason." 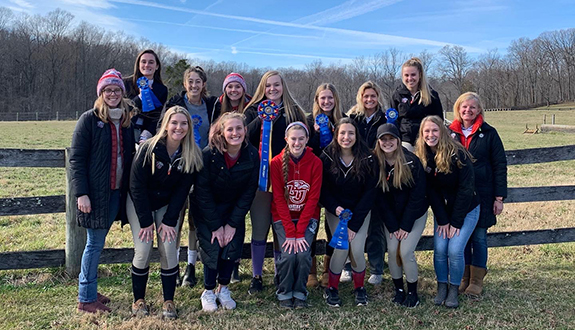 Equestrian at Scrimmage vs St Andrews