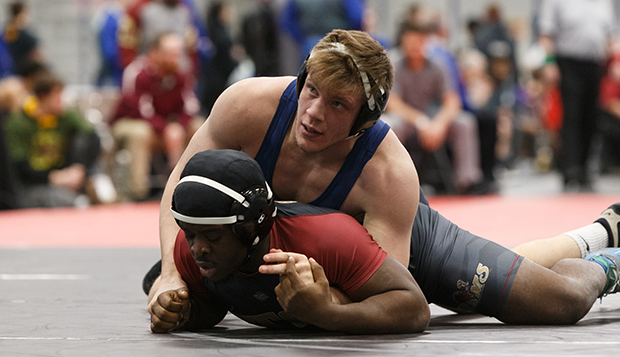 Before preparing for the grind of the NCWA postseason later this month, Liberty University's men's wrestling team sent a select 11-man squad to Saturday's Messiah Open in Grantham, Pa. There, the Flames had two champions and four runners-up in four weight classes of close to 20 competitors.

After hosting a final dual meet against Coker (S.C.) on Feb. 21, Liberty will challenges for its ninth consecutive Mid-Atlantic Conference Tournament title on its home mats at the LaHaye Multipurpose Center on Feb. 29 before concluding its season at the March 12-14 NCWA Grand National Championships in Allen, Texas, where it will vie for a fourth crown in six years,