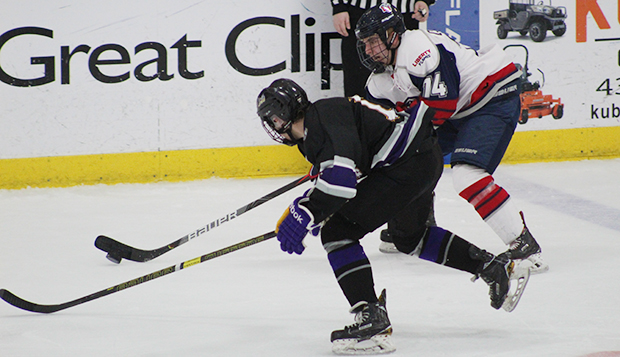 "We were up 4-1, so it is not an ideal way to end the first semester," said Flames Head Coach Jared Smith, whose team, ranked 19th in the latest Southeast Region rankings, slipped to 7-5. "They are a Division II team. We just had a good start and caught them off guard and they woke up as the game went on. We learned that we can play with those teams, but we've got to stay focused and disciplined. We took eight penalties and they only took two."

Mark Sangster, who scored JMU's first three goals — all off assists from Shane Davidson and Nicholas Pumpelly — cut the deficit to 2-1 at the start of the second period before Fogarty answered five minutes later of another feed from Barlass. Senior defenseman Christopher Huntington pushed Liberty's lead to 4-1 by the end of the second period before Sangster netted his second and added his third midway through the third.

Liberty was coming off back-to-back blowouts of Northern Virginia Community College, a 15-1 rout on Nov. 9 and 20-1 conquest on Nov. 10, after splitting a series at Christopher Newport the weekend before.

Before returning from Christmas break, the Flames will travel to Miami (Ohio) University for a three-game showcase on Jan. 10-12 before traveling to Georgia twice to face Kennesaw State on Jan. 24-25 and Georgia Tech on Feb. 14-15. Between those two trips, Liberty will host a rematch with CNU in its final home series, set for Feb. 7-8.

The Flames will hope to rise up the ACHA DIII Southeast Region rankings in the spring semester. Before competing in the ACCHL Tournament, they will need to rank in the top 10 in the final poll to qualify for the Southeast Regional tournament. 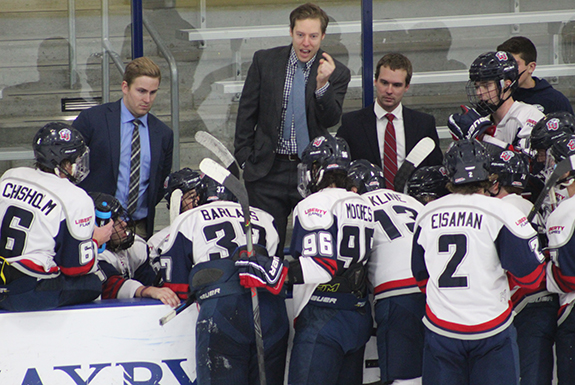