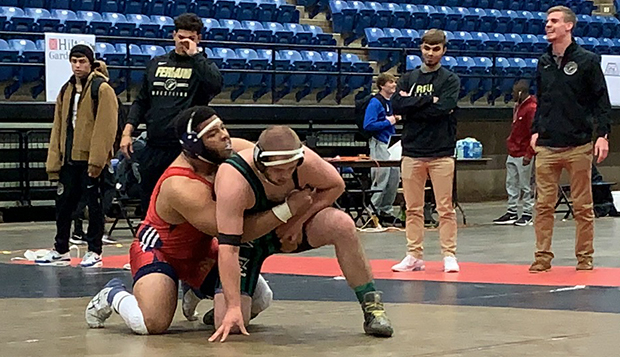 Freshman Rick Weaver, one of four Flames entered in the heavyweight (285-pound) class, went 4-0 to earn the individual championship, pinning Ferrum's George Mitchell 42 seconds into the semifinal before earning a 9-4 decision over Mount Olive's Ogden Atwood in the final.

Sophomores Alex Hicks (2-2) and Josiah Murphy (4-1) finished fourth and fifth, respectively, at 285 while graduate David Smith went 2-2 but did not place.

The Flames entered two more wrestlers at 197, sophomores Jesse Redding (2-2) and Sean Gillespie (1-2), and two at 157, freshman David Over and sophomore Ian McIlhenny, who both went 0-2.

"We wrestled hard in the tournament, but the guys were not executing the fundamentals we are drilling in the room," Liberty Head Coach Jesse Castro said. "We've got to learn how to close out a match."

"Our younger guys wrestled hard in every match, but not necessarily smart," Liberty Assistant Coach Chris Williamson added. "I think this weekend will end up being a catalyst for massive improvement for our lineup from top to bottom."

Next weekend, Liberty will send a select squad to the Lindenwood Open in St. Louis, where the Flames will challenge a number of wrestlers from NCAA Division I programs in an individual tournament format. 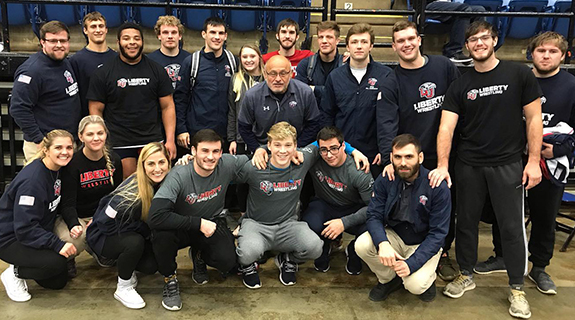