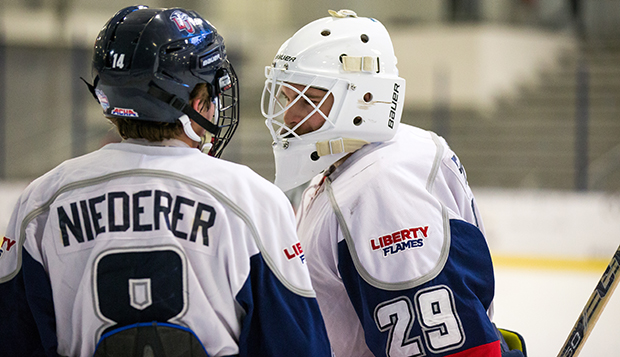 "We are thrilled he's going to be representing us and to build relationships with players on other (ACHA) teams," Flames DII Head Coach Ben Hughes said. "Hockey-wise, he competes at a very high level and he represents Liberty very well — spiritually and professionally as well as with his character."

Flames DI Assistant Coach Dan Berthiaume has worked with Partridge every Wednesday and has witnessed his development firsthand.

"It's amazing how hard this kid works and look where he is now," Berthiaume said. "He's going to Russia and that's awesome for Liberty Hockey."

Partridge traveled to Albany, N.Y., and met the 22-player roster made up of DII players from around the ACHA at an Aug. 23-25 mini-camp. He will fly out of Lynchburg Regional Airport back to Albany on Friday before taking a bus to New York City to play an exhibition game against Stony Brook's ACHA Division I team on Saturday. At midnight, the team will fly out of John F. Kennedy International Airport to Moscow, arriving late on Sunday before returning to JFK on Oct. 7.

"We are going to have a very good team and the competition we'll see is going to be extremely good," Partridge said "It will definitely be a big learning and cultural experience to go overseas and I am excited to be able to go and make a spiritual impact on the lives of the other guys on my team and those on other teams we face over there."

The U.S. will play teams from the Czech Republic, Russia, and a few others from Europe and Asia. All the games will be made available to watch via livestream on YouTube.

Northeastern's Alex Crone and Keene State's Carlin Testa are the other two goalies on the U.S. squad.

"I am anticipating getting some ice time and seeing what I can do for the team," Partridge said. "Working hard and training with my goalies coach (Berthiaume) has played a huge role. I am excited to put into practice what I've learned from my career at Liberty and represent the university and the United States. I am hoping the success we have in Russia will help elevate my game and prepare (Liberty's DII) team for nationals this coming spring."

Partridge, an international business major at Liberty, thanked the university, as well as DI men's hockey Head Coach Kirk Handy, Berthiaume, and Hughes, for helping to send him on the trip.

"That is a huge blessing that I am extremely grateful for," he said. "I plan to be ahead in my schoolwork so that I can focus on the hockey experience and the different culture there and I can pick up where I left off when I get back. Being able to go overseas and immerse myself in another culture will only strengthen my resume as I look for a career in the international business field."

Partridge will miss the Flames' home series against Ohio this weekend and Penn State on Oct. 4-5, but will return in time for the Oct. 11-13 Liberty Fall Showcase. 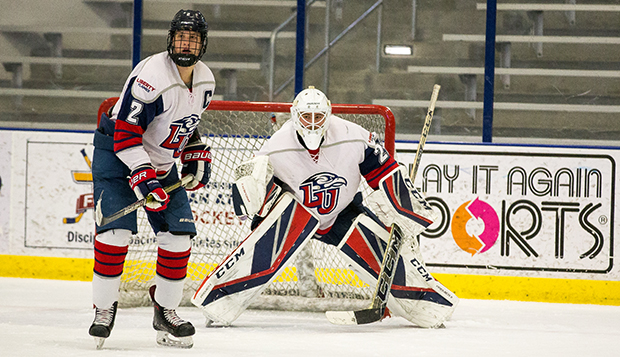