Pentathlete targets 2020 Tokyo bid at Pan Am Games in Peru 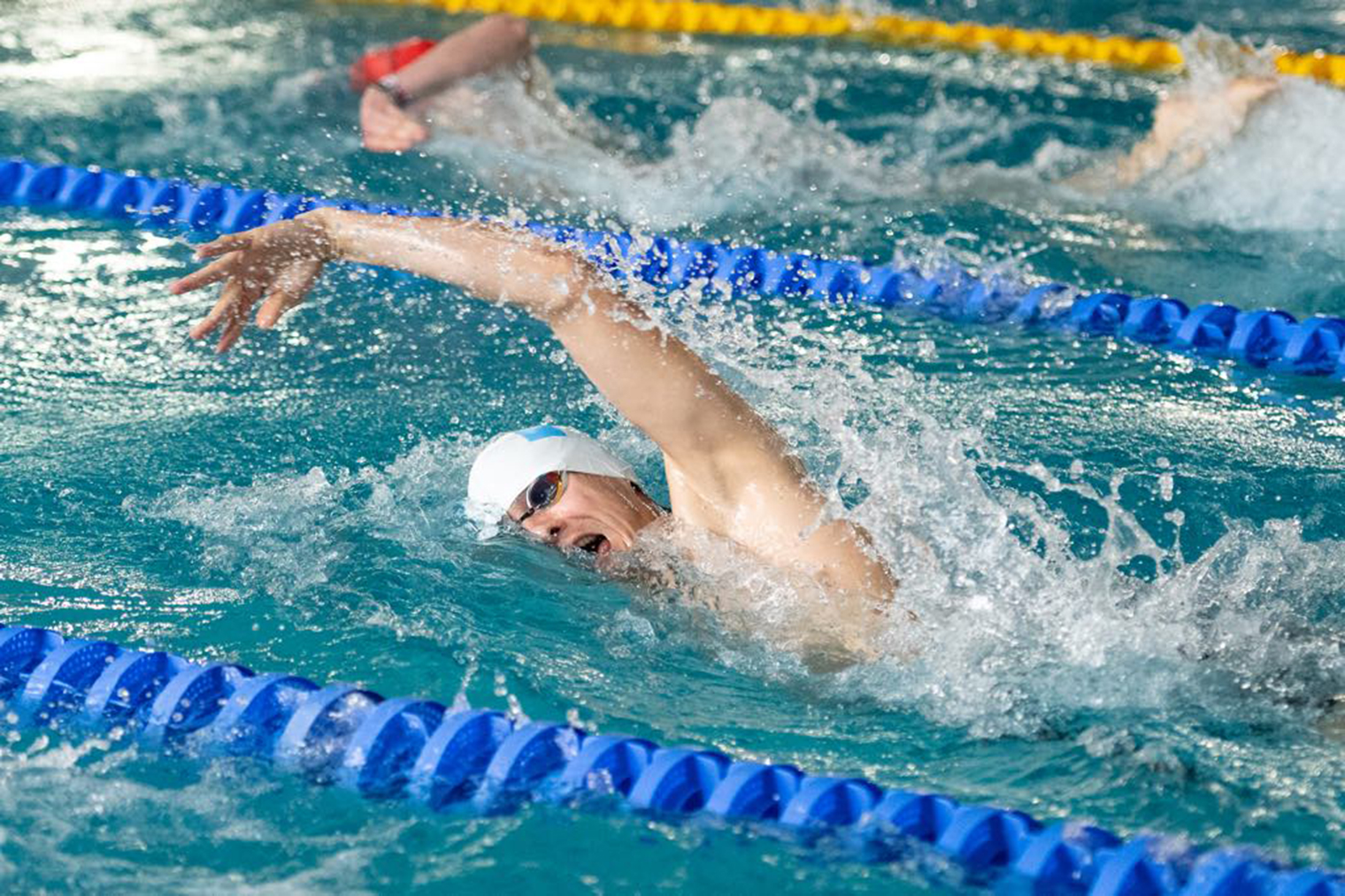 Charles Fernandez, a pentathlete from Guatemala, has been fine-tuning his form in the 200-meter freestyle this summer under the watch of Flames men's swimming Head Coach Heath Grishaw. (Photos courtesy of Carlos Fernandez)

Modern pentathlete Charles Fernandez, a rising senior economics major in Liberty University's online program who trains locally with the Flames' men's swimming & diving team, is seeking to secure a bid to the 2020 Olympics in Tokyo with a top-five finish at the Pan Am Games in Peru.

Fernandez was 18 when he became the youngest pentathlete to strike gold at the Pan Am Games, qualifying to represent Guatemala at the 2016 Summer Games in Brazil, where he placed 15th overall. He arrived in Lima, Peru, on Sunday to prepare for Friday's start of the five-day, five-sport competition.

Besides Liberty men's swimming Head Coach Heath Grishaw, Fernandez has a contingent of 18 friends and family members, mostly from Guatemala, traveling to Peru to cheer him on.

Grishaw said Fernandez, who spent the past two months traveling to various world championship events and training at a pentathlon camp in Poland led by a coach from Ireland, is in peak condition for an exceptional competition.

"He is in very good spirits and is very, very pleased with how his training has been going," Grishaw said. "After his last world qualifier (the International Belarus Open), both he and his coach said he was really clicking and firing on all cylinders. He's on a very good pace right now and we are really looking forward to what's going to unfold in Peru."

Friday's fencing trials will be followed by equestrian, running, swimming, and shooting preliminaries with overall medals awarded on Tuesday, July 30. Viewers can follow the action on the Pan Am Games live stream site.

"My main focus has been on technique and race strategy and getting him more endurance and in shape for the 200," Fernandez said. "He's conditioned for all of his events because he has trained well and hard in Poland this entire summer."

While his workouts have been exhausting, Fernandez has kept them in perspective in terms of his long-range goals.

"He's very positive, very uplifting, praising God more than anything," Grishaw said. "He realizes God has given him this amazing opportunity and incredible ability in these five events. He never talks about himself; he always talks about what God is doing through him. He's the most humble athlete I've ever coached, and I've coached a lot of athletes."

Last July, Fernandez qualified for the Pan Am Games by winning gold medals in the men's and mixed pentathlon events at the Central America Caribbean Games in Colombia, South America.

In recent months, he has traveled to four major events throughout Europe — the UIPM World Cup held April 9-14 in Bulgaria and others in Hungary from April 30-May 5, the Czech Republic from May 22-27, and the International Belarus Open from July 4-7.