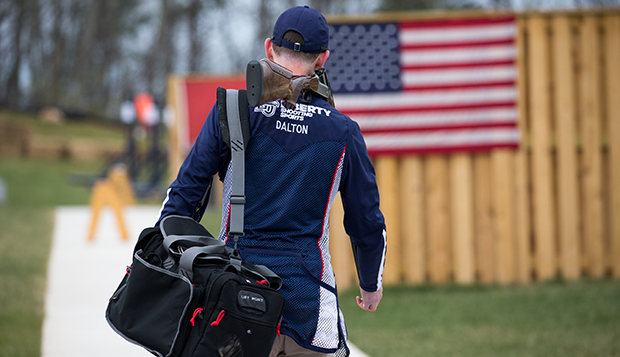 Liberty University's men's and women's shooting sports teams can look back at their second season of competition with a sense of accomplishment. The Flames and Lady Flames posted solid team showings at the shotgun and rifle national championship tournaments held in Texas and Alabama, respectively, highlighted by individual champions in freshman Carl Pongs and sophomore Mitchell Feaga. Also, Liberty's Action Team (3-gun, pistol, and rifle) had a silver-medal performance March 9-10 in Georgia.

For the ACUI Collegiate Shotgun National Championships held March 25-30 in San Antonio, Liberty moved up two classifications, from Division 2 — where it had placed third out of 14 teams as a first-year program last spring — to Division 4, where it competed against some of the most well-established collegiate programs in the nation.

"You always shoot for the biggest prize," Flames Head Coach Dave Hartman said. "It was a great experience and our kids did a phenomenal job. I have really good shooters, and they're eager to go show the world what they can do."