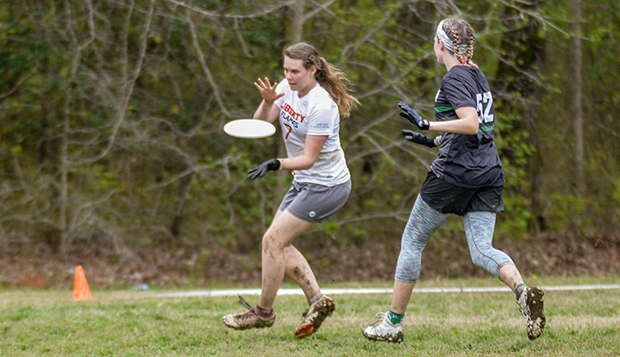 "Unfortunately, we had a rough weekend," Lady Flames Head Coach Jonathan Mast said. "We were expecting to place in the top eight and we went 0-5 for the tournament. We played really well against teams we were supposed to get crushed by and lost three games to teams we should have beaten. I told the girls it was a good and a bad thing. They weren't beating us, we were beating ourselves."

Top-seeded North Carolina, also ranked No. 1 in the nation, clinched the region's lone qualifying bid to the USA Collegiate National Championships in Texas, dominating third-seeded Clemson, 15-3, in the first-place final.

Despite the consecutive setbacks, Mast and his 15 returning players (on a 21-player roster) are excited about the future of the program.

"The girls still had fun and we had some moments of perfection, along with a bunch of other uncharacteristic mistakes that plagued us all weekend," he said. "The good news is that our seniors all played well in their final tournament and a bunch of our rookies stepped up on a big stage. Since we weren't having success with our normal starting lines, we mixed everything up just to try something new and there were a lot of glimpses of good things to come as we develop our younger players' potential."

He was particularly pleased with the play of freshman Lydia Vernon, who returned from injury to provide steady leadership as a handler, and junior Bethany Fowle, a downfield cutter who contributed several assists.