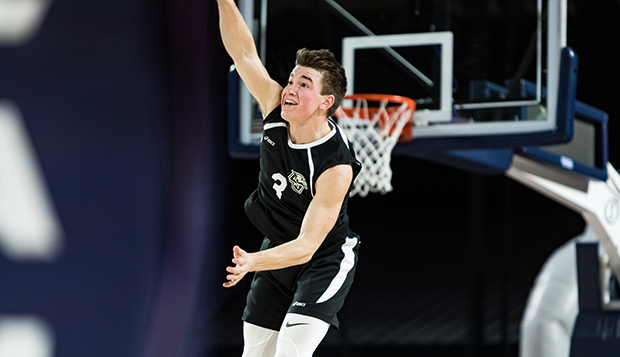 It was a tournament of firsts for Liberty University's Division I men's volleyball team at the National Collegiate Volleyball Federation (NCVF) National Championships in Denver, where the second-ranked Flames qualified for the Gold Bracket and advanced to the Final Four for the first time before falling to No. 22 Illinois in Saturday night's semifinal round.

The Illini, which had survived and advanced with three-game wins over No. 3 Marquette in the Round of 16 and No. 7 San Diego State in the quarterfinals, upended Liberty in the semifinals, 25-20, 25-20. They wound up losing to Cal Poly in a three-game championship match.

The semifinal setback was reminiscent of another untimely exit for the Flames, who were knocked out by Illinois in the first round of tournament action in the Feb. 16-17 Hoosier-Illini Classic in Bloomington, Ind., after finishing 4-0 in pool play and crossover matches.

Liberty started Saturday's play by sweeping Wisconsin-Madison, 25-17, 25-20, in the round of 16. The Flames then advanced to the Final Four with a 25-20, 25-22 quarterfinal triumph over 12th-ranked California Berkeley.

Senior middle hitter Gene Dejesus and setter Kaden Knepper were both selected to the All-NCVF Division I Tournament First Team.

Liberty finally met its match in Saturday morning's single-elimination Gold Bracket round of 16. Like the Flames' DI squad, it was also eliminated by seventh-ranked Illinois' B team, taking the Illini to three games before being ousted, 25-21, 18-25, 15-13. 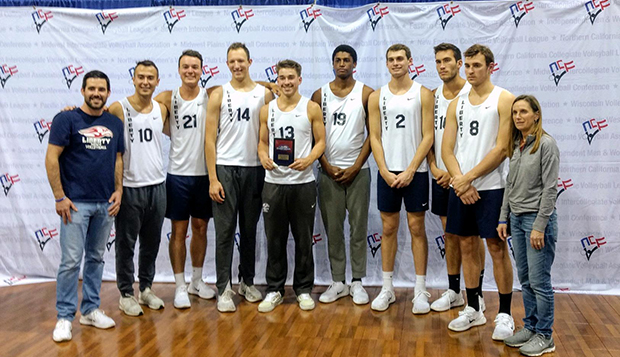 Liberty's DI team went 7-1 and made the Gold Bracket for the first time at the NCVF National Championships.