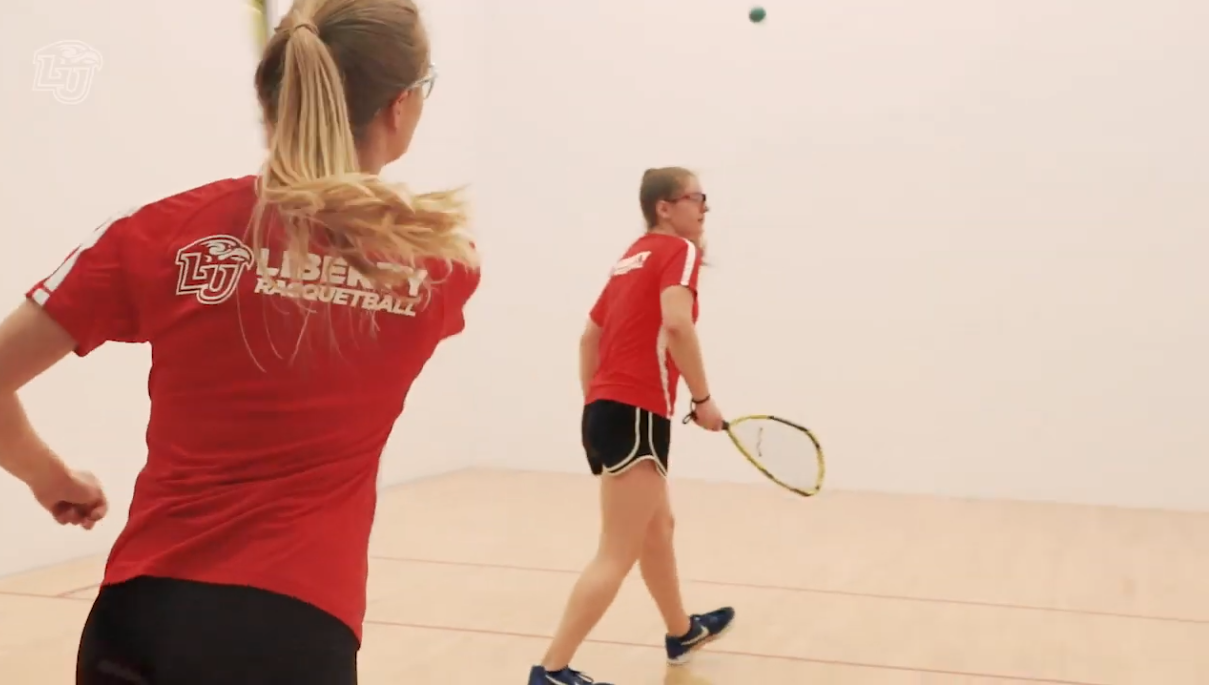 On the women's side, sophomore Rachel Gay and junior Malia Kramolisch, both first-year players, teamed up for a silver medal in the Division 2 consolation doubles bracket after Gay had won a silver in the Division 3 Red bracket and Kramolisch claimed a bronze for third place in Division 4 Blue. Senior Lindsey Marston won a pewter medal for her fourth-place performance in Division 2 Blue.

"Rachel and Malia played up a level and I was really pleased with how well they did," Liberty Head Coach Danny Rodriguez said. "They were all tough matches. They go in there knowing the competition is going to be tough and they're going to have to up their game. Everybody's out to win points and place as high as possible. They all gave it their best, whatever they could do."

The only two Liberty representatives who did not medal in their respective divisions were the Flames' and Lady Flames' top singles players — sophomore JP Edwards and senior Danielle Pearson, respectively. Edwards and Pearson were both knocked out of the single-elimination Division 1 Gold quarterfinals, by Colorado State's Erik Garcia and Carla Munoz, respectively.

The tournament was the first nationals experience for five of the 10 players. Pearson, Marston, Edwards, Walker, and Jordan had been there before.

"The goal every year is to build the team up and get ready for the next competition," Rodriguez said. "These kids are coming in as first-year players and learning how to play. They know what to expect at nationals now."