Cyclists tied for second in ACCC after races at Virginia Tech 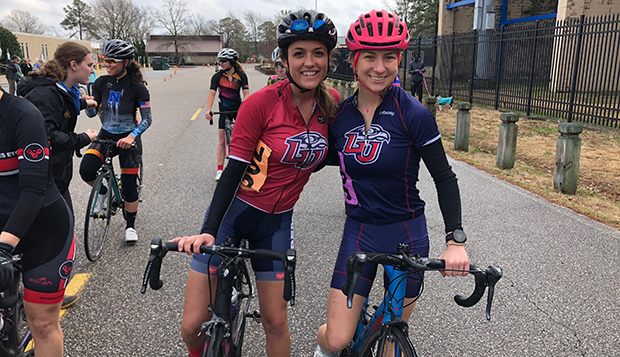 The Flames and Lady Flames (234 points) finished tied for second with host Virginia Tech, behind only Navy, which led the season standings after that weekend with 259 points.

This past weekend, Liberty sent a small contingent to Annapolis, Md., to compete in another ACCC race hosted by the first-place Midshipmen.

Shisler placed second in both the women's Category B road race and criterium.

Graduate Joe Hamann, who only began cycling competitively in the fall, finished seventh and Arthur Tanyel came in 14th in the men's Category D road race.

"The criterium was a very technical course and unfortunately it was also wet and there were multiple wrecks on a downhill hairpin turn," Liberty Head Coach Timo Budarz said, noting that Tanyel did not finish his race after a crash.

Due to several team members traveling to compete in the USA Triathlon Collegiate National Championships, the Flames and Lady Flames will not travel to Maryland for this weekend's races. They will return to action for the April 13-14 ACCC road race and criterium hosted by Duke and North Carolina before traveling to the April 27-28 ACCC Championships at Appalachian State. 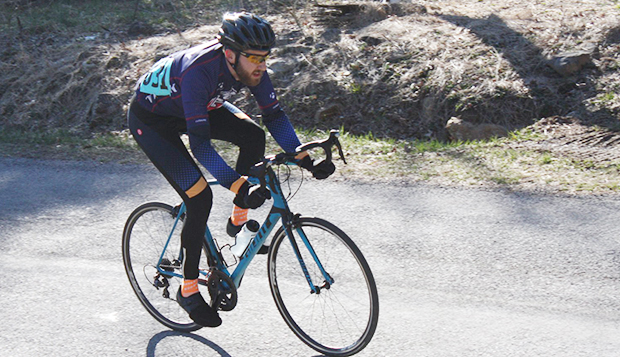 Joe Hamann competes in the road race at Virginia Tech.