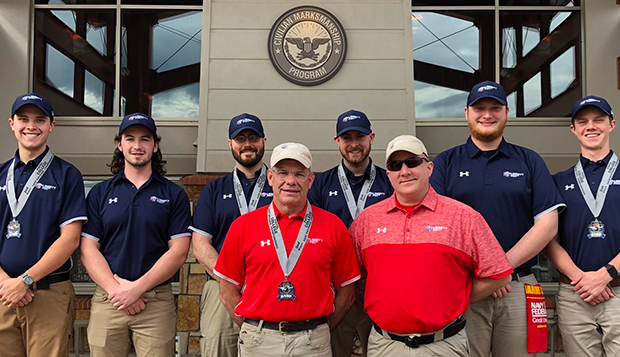 Twelve members of Liberty University's second-year shooting sports team will travel to San Antonio on Saturday to compete in the ACUI Collegiate Shotgun National Championships, set for Monday through Friday at the National Shooting Complex.

Last year, eight Flames and Lady Flames combined for a second-place team finish in All-American Division 4. This year, they will move up two levels to compete in Division 2.

"It's going to be a very, very tough road, but I think we can come out, work our best, and we can shine," Liberty Head Coach Dave Hartman said. "They've got their work cut out for them and they know what scores they have to post. They're practicing and they are eager to show the world what they can do."

Scores will be posted on the ACUI website's results page.

"We did extremely well for our first national competition," Hartman said. "I see a lot of great things to come."