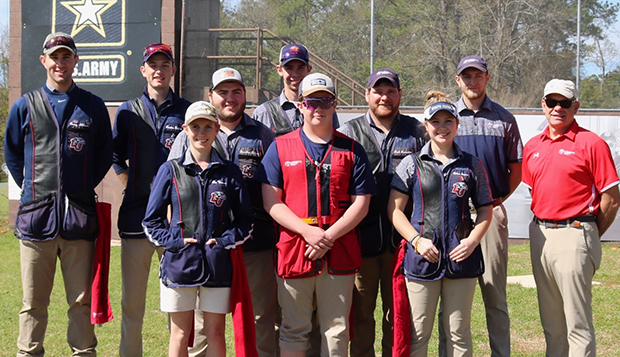 Eight collegiate teams and 71 individual men's and women's competitors were at the event, held at the Army marksmanship unit range. Shooters fired three rounds of 25 on the first day and two rounds of 25 the second day to compile their scores.

Senior David Lancaster (14th, 80) also finished in the top half of the bunker trap event.

Liberty juniors Casey Williams (sixth, 95) and Tommy Hartman (eighth, 92) both shot qualifying scores in International skeet, but have aged out of the 21-and-under Junior Olympic competition.

Earlier this month, Mitchell Feaga, a freshman co-captain of the Flames' first-year rifle team, qualified to compete in the air and small bore events at the April 5-12 Junior Olympic Rifle Championships, also to be held in Colorado Springs.