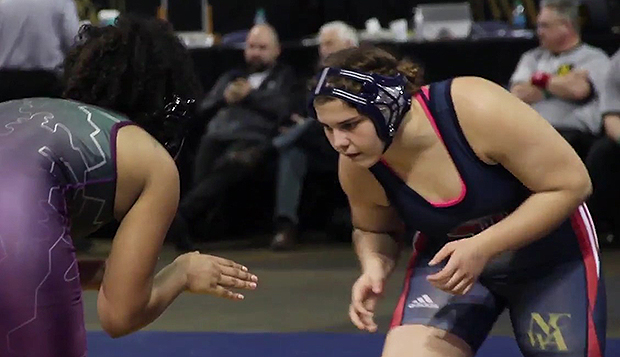 The Lady Flames' second-year program, which has a roster of six wrestlers, forfeited five of the 10 weight classes in losing to the host Panthers, 40-10, and to visiting Tiffin, 31-7.

"They both had complete teams," Liberty Head Coach Jesse Castro said. "I was impressed. We had three girls that were competitive, and got waxed in the other weight classes, though we had some pretty good hard-fought matches."

Liberty's men's wrestling team will travel to Southern Virginia University on Saturday for a quad-match against the NCAA Division III host Knights as well as NCAA Division II West Virginia Tech and Bluefield College, an NAIA program. That will be the last competition of the semester for either team before the men travel to Fort Lauderdale, Fla., to compete in the Citrus Classic on Dec. 29-30.