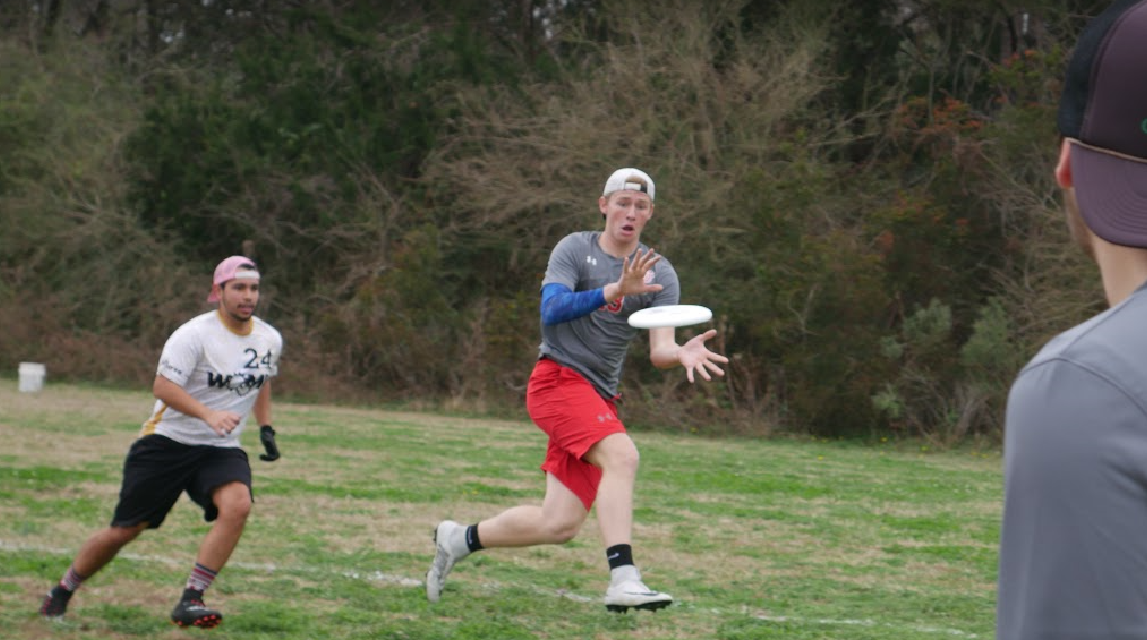 Liberty University's men's Ultimate team placed 10th out of 16 teams, mostly from the Carolina Conference, at its season-opening tournament, the Brickyard Brawl hosted by North Carolina State on Oct. 19-20 in Raleigh, N.C. The University of North Carolina Chapel Hill, winners of two of the last three USA Ultimate collegiate national championships, was the tournament champion.

"It was definitely a really good test for our10 first-time, first-year players to have," Liberty Head Coach Brendan Phillips said. "It was a positive experience overall and it gives us a good idea of where they're at and what our goals are and what we are trying to achieve."

The Flames lost their opening match of pool play to Clemson, 13-6, before overcoming a 7-3 halftime deficit against Davidson to pull out an 11-10 triumph.

In the final game of pool play, the Flames held their own against UNC Chapel Hill in the first half, only trailing the Tar Heels 7-5 at half before losing by a 13-5 count.

Then, the Flames faced Tri-Force, an 18-and-under club team from Raleigh that has won two of the last three Youth National Championships, and lost by a 13-4 count to finish 1-2 in pool play.

Liberty finished pool play in a three-way tie for second place with Clemson and Davidson and lost the tiebreaker to land in fourth.

After losing Saturday's crossover match, the Flames were placed in the ninth-place bracket for Sunday's playoffs. They opened a 7-1 halftime lead on Appalachian State in the opener before holding on for a 10-8 quarterfinal win before cruising past UNC Chapel Hill's B team in the semifinals to set up a rematch with Davidson in the ninth-place final, which the Flames lost 13-5.

"Overall, it was a great tournament," Phillips said. "Our goal was to maximize playing time for everybody, to split the reps and touches as evenly as we could, and the way we played was a positive experience for everybody."

On Saturday, from 9 a.m. to 4:30 p.m., Liberty will host its fall fundraising tournament, the Hill City Hatter, attracting approximately 120 men's and women's Ultimate players from Richmond, Fredericksburg, Northern Virginia, Blacksburg, Roanoke, Charlottesville, and Harrisonburg to compete in a unique format. All the players will put their names in a hat and eight co-ed teams will be randomly selected.

The Flames will host their next official tournament, the Blue Ridge Open, on Dec. 1-2 at the Liberty Mountain Intramural Complex.