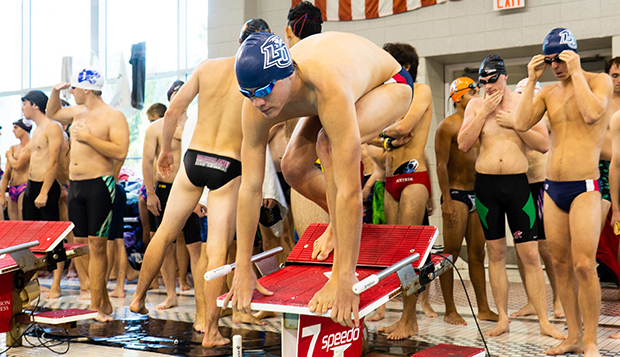 Jonathan McAlister dives off the blocks at the start of his race at the University of Maryland on Sept. 29. (Photos by Tariq Kelly)

Competing in his first collegiate meet, Liberty University freshman Caleb McClelland clocked national qualifying times in four events to help the Flames' men's swim team place sixth out of 17 teams at the University of Maryland on Sept. 29. Official results were delayed due to timing errors.

"Caleb did a phenomenal job and we had a great meet," said Liberty first-year Head Coach Heath Grishaw, who trained his swimmers especially hard beforehand. "Some guys were about a second off of their personal bests from last year, which was really good, especially being as tired as they were."

Grishaw plans to taper the Flames' workouts heading into the Nov. 3 regional meet at Rutgers, which will serve as a qualifier for the March 29-21 Collegiate Club Swimming National Championships at Ohio State.

Liberty's six-man diving team will host its first competition in the new Natatorium on Nov. 10, the same weekend the Flames swimmers end their fall schedule with another regular-season meet at North Carolina State on Nov. 10-11. 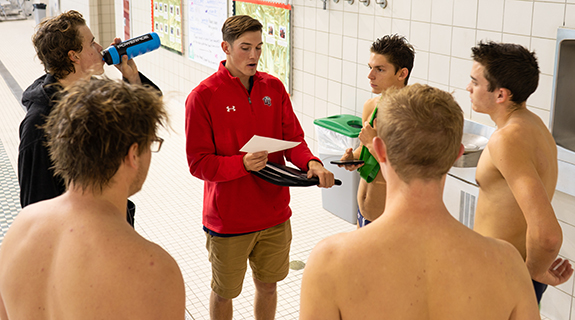