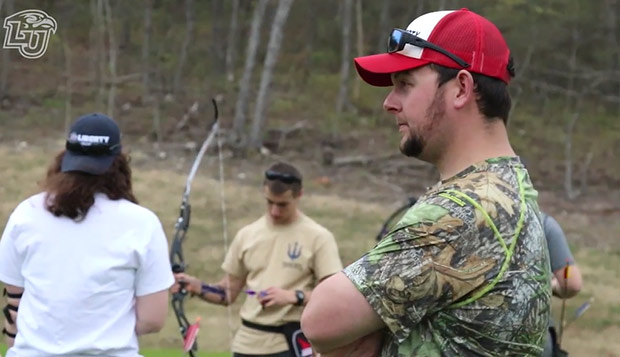 Liberty first-year Head Coach Ian Rigney, who was part of four team and individual titles as a student-athlete for the Flames, has raised the program's sights.

"It was the best year we have ever had and it definitely has a lot to do with our facilities," Rigney said. "Being able to practice indoors at the Equestrian Center getting ready for Las Vegas and also having our own 3D archery range accounted for the success we had in the men's bowhunter team back in October."

Rigney anticipates continued growth in the 10th-year program, which now has won a total of 10 indoor and outdoor national titles as teams and individuals.

"We're only losing two seniors this year," Rigney said. "That really helps in being able to build on the quality that we already have. It's a great time for us to capitalize on having a lot of sophomores and juniors next year and also recruiting. I've got a lot of great freshmen coming in and I'll be a little more selective in tryouts to make sure that I have the best possible team that I can take to events."