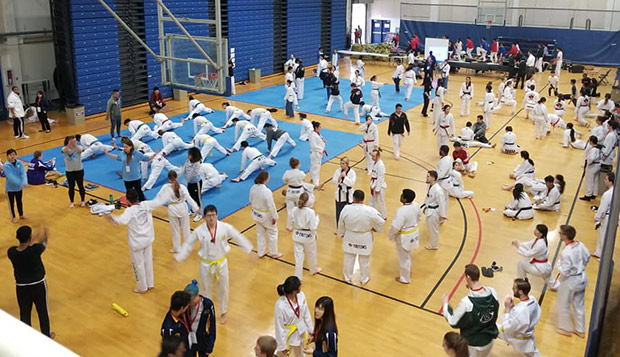 The tournament drew the largest field in its 43-year history with over 600 collegiate athletes, more than half competing in black belt divisions.

"For the newcomers, competing at nationals can be a little intimidating, but for those students who plan to be on the team going forward, there's nothing you can do to replicate that experience," Liberty Head Coach Tom Childress said, noting that it was a long two days of competition. "On Saturday, we got out there at 8 a.m. and didn't leave until almost midnight."

On Sunday, both of Liberty's female black belt heavyweight competitors, sophomore Megan Carswell and junior Tyler Creese, advanced to the semifinals before losing in the single-elimination bracket to the eventual champion and runner-up.

"We did really well," Childress said. "Two of our men's welterweight black belts (junior Thomas Siff and sophomore Clint Stinchcomb) made it to the round of eight before losing to the eventual gold medal winner and the guy who fought him in the final."

In all, the 24 Lady Flames and Flames totaled 16 team points between the color and black belt fighting competitions, their highest point total to date and only six points behind third-place California-Davis. 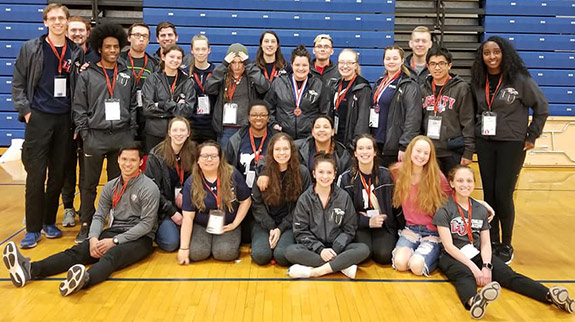