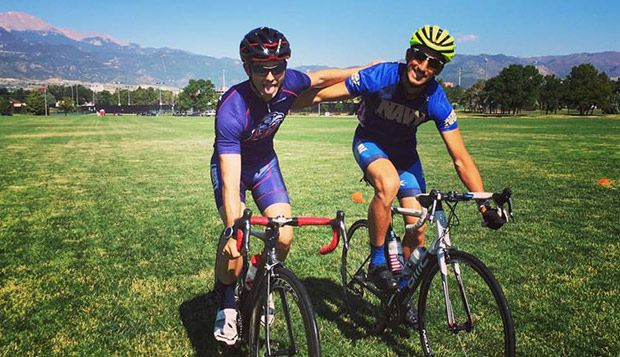 Hall, a former world champion triathlete himself who coaches many professional athletes on the ITU circuit, is working with Olympic hopefuls from the United States, Canada, Mexico, and Spain at a training camp in Scottsdale, Ariz.

"He is from Australia, used to work for USA Triathlon, and now works for the Canadian Triathlon Federation," said Spencer, who is in the middle of his third season as head coach of the men's and women's triathlon team, which has grown to more than 70 members, including several international competitors. "He wants to be a part of mentoring the next generation. I'm really, really excited."

Over the summer, Spencer spent 10 days in an Elite Coach Development Program at Team USA's Olympic Training Center in Colorado Springs, Colo., where he trained and was mentored by former Olympians and current coaches in the sport. He expects a similar experience this week.

"I'll be helping to train athletes who are winning some of the top races in the world at the professional level and seeing what their daily training regimen looks like," Spencer said. "You have to always be learning in this sport or you'll fall behind. I'm always looking for new ways to improve."

He said Bobby McGee, a six-time Olympic running coach from South Africa who headed up the summer development program in Colorado Springs, encouraged Hall to invite Spencer to this week's camp to continue his mentorship process.

"He really has the desire to have an American coach coaching Olympians (for Team USA)," Spencer said.