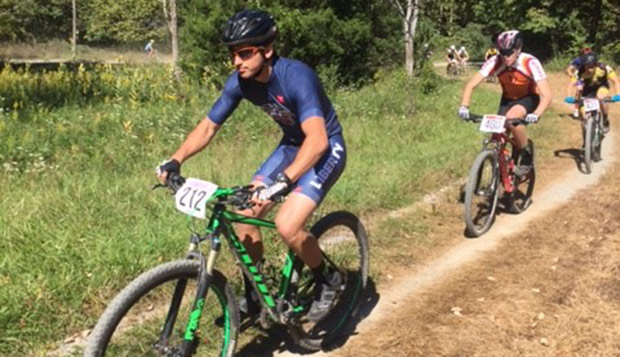 The Flames and Lady Flames fared well competing against mountain bikers from Virginia, Virginia Tech, JMU, and Appalachian State, with approximately 60 men's and women's competitors in all categories combined.

"Some of them are totally new to mountain biking and they loved it," said Liberty Assistant Coach Van Phillips, who traveled with the team while Spencer was at the men's swimming team's debut at ODU. "I like to see people get excited about the sport."

Blackmon, who competed in triathlon as a freshman but is focusing on cycling this fall, will move up to Category A and qualify to join junior Category 5 teammate Greg Schott at USA Cycling's Collegiate Mountain Bike National Championships, set for Oct. 20 in Montana.

"He rode away from everybody in the Category B races," Phillips said. "His background from road training as a triathlete has him extremely fit."

Schott won his short course Category A race on Saturday, a 20-minute criterium-style event that featured one climb and one long descent with two 180-degree turns, before finishing runner-up to a cyclist from Appalachian State in Sunday's 17-mile Category A cross country race.

Both Blackmon and Schott will compete at this weekend's races at Appalachian State in Boone, N.C., to prepare for nationals.

Liberty's two women's riders who competed at Massanutten exceled, with junior Mattasyn Shisler — a triathlete who has ridden motorbikes off-road but had never raced on a mountain bike — winning both of her Category C races to earn a promotion to Category B.

"She did really well and so did Harrison Mohl in his first mountain bike races," Phillips said, noting that Mohl placed fifth on Saturday and sixth on Sunday in Category C races. "He's been an avid mountain biker for years, but has never competed. He was solid and could upgrade to Category B soon."

This weekend, Liberty's Fall Break, Spencer will hold a training camp for his cycling and triathlon teams with the first half spent cycling at Wintergreen Mountain Resort and the second at Smith Mountain Lake, site of the Oct. 13-14 Mid-Atlantic Regional Triathlon Championships that Liberty is hosting for the fourth consecutive year. 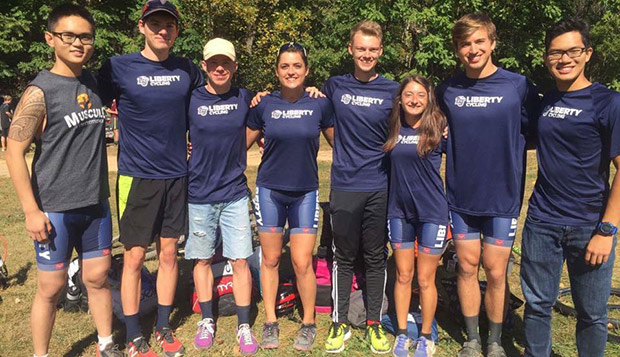