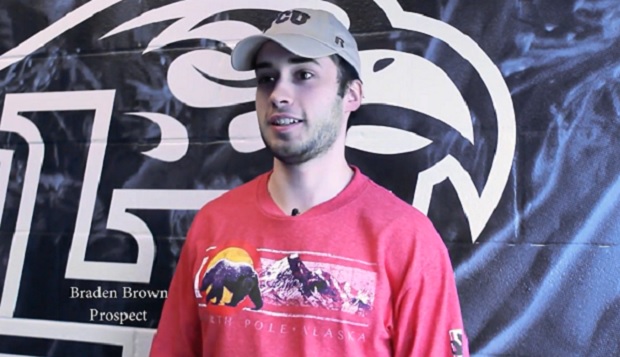 Braden Brown was one of 65 prospective players who visited Liberty last weekend for its annual hockey recruitment camp.

"CFAW's a great weekend to get acclimated with Liberty," said freshman forward Josh Hamilton, who was designated as a team captain for next season. "They throw the Convocation in and it's pretty much the whole package deal. People who come in not knowing a thing about it usually leave loving it because it's just such a beautiful campus and everybody around here's so nice and it's just a different atmosphere than any other place."

Handy, who received a commitment from rising junior transfer Cole Burack, a goalie from SUNY Brockport, on the first day of the four-day camp, said the event provides prospective players a chance to immerse themselves in the university experience while the coaches assess their skill levels.

"This camp is a great opportunity to be able to check out all three levels of ACHA hockey here at Liberty, as well as to check out the university," he said. "That's a big thing. We want to make sure that they get a good idea of what the school is like and the what the culture of Liberty is like as well as the hockey program. We guarantee one thing at the end of the weekend, to give them feedback on where they stand and where we think they'd be."