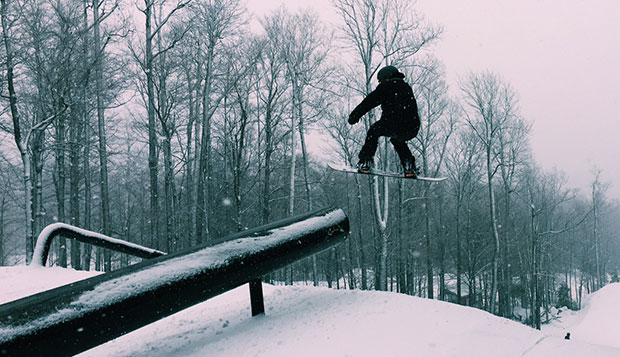 Liberty sophomore Garrett Long performs a frontside 360 off an uptube, one of the first features on the Slopestyle course.

It was the second season in a row for the Flames to land on the podium in that event after posting their third consecutive top-three national finish in the Rail Jam.

On Thursday, McHugh and Long competed in a time trial to try to advance to the qualifying rounds of the Boardercross, but didn't make the cut.

Finally, on Friday, Lawrence placed 29th out of 40 competitors in the women's Skiercross, but did not advance to the qualifying rounds. Meanwwhile, senior Brandy Fronte, who suffered a concussion after a fall in practice on Wednesday morning, pulled out of her time trial in the women's Boardercross. 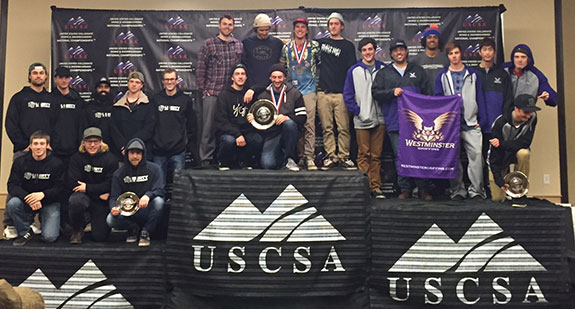 Liberty's snowboarders (left) found themselves in a familiar spot after placing third in Slopestyle.