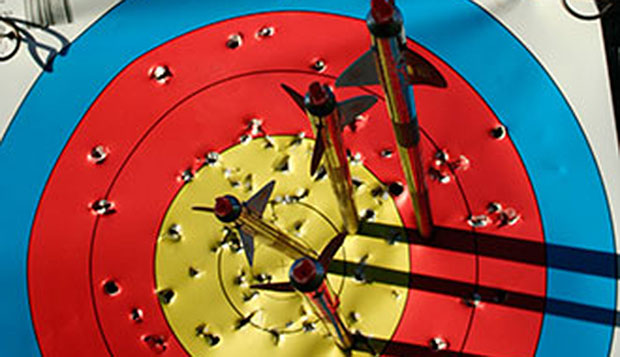 Liberty University junior Ian Rigney nearly defended his United States Intercollegiate Archery National 3D tournament compound title successfully for a second time on Sunday. The junior captain of the Flames' archery team was the runner-up with the second-highest score out of 22 competitors at the event hosted by the University of Missouri in Columbia, Mo.

"Our first shoot of the year was very successful," Liberty first-year Head Coach Mitch Reno said. "With a short practice time, only holding three practices, we made some real strides in establishing ourselves at the tournament."

In the men's bowhunter division, the Flames featured two freshman shooters who have never entered an archery competition — Jason Lynch, who placed 26th out of 46 competitors, and Zach King, who finished 38th. They also had two shooters who had not competed in two years — senior Chris Britton, who placed 17th, and junior Sam Hatcher, who took 29th.

"We are planning on attending at least two more events, possibly three, to grow the team even more," Reno said, noting the club has doubled in size from last season.