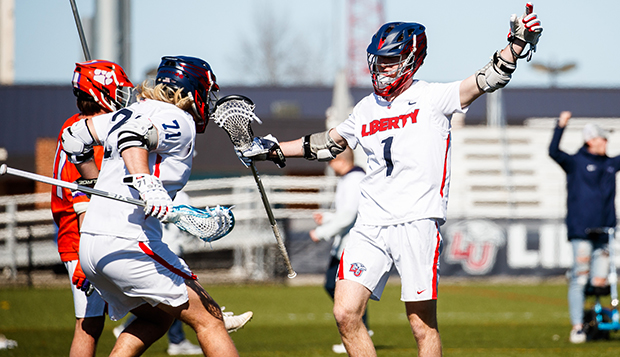 Liberty University's men's lacrosse team leaped out to a 6-0 start and a No. 4 MCLA Division I national ranking before one of the most promising seasons in program history was halted by COVID-19 and the SELC Tournament near Atlanta and MCLA National Championships in Salt Lake City were canceled.

Head Coach Kyle McQuillan said the experience has challenged his players to not take things for granted but to seize the day and make the most of every opportunity.

"The guys definitely will, not necessarily be better for it, but I think that they learned a lot," he said. "We always preach as coaches to play this game like it's your last because you never know when it is going to be taken from you. Unfortunately, this year, that was exactly the case."

He conceded that many of his seniors who may have played their last games didn't have that mentality going into it.

"I'm a big believer in closure and unfortunately there's going to be a lot of people that didn't get that," McQuillan said.

He anticipates approximately 50 percent of his graduating seniors will take advantage of the MCLA's provisional fifth year of eligibility to return for one more season.

"It's definitely a blessing for some of these guys to be able to return and hopefully finish off their lacrosse careers the way that they wanted to and that is on the field," McQuillan said. "Looking forward to next season, that puts us in a much better spot than I anticipated. I know we've got a lot of really talented recruits coming in this year and we were going to be able to restock and reload, but being able to retain some of those guys and some of that senior leadership, I think the perspective that they're going to have now, along with the rest of the guys, this is a great opportunity and nobody's guaranteed anything and I'm hoping that speaks volumes."

Through this season of adversity, McQuillan has maintained a positive outlook and that example has set a precedent for his players.

"We preach here a lot on doing everything with gratitude," he said. "That's kind of the one non-negotiable we have as a program. That's probably going to be one of the easier things to be able to preach on next year, the fact that now they've got some real-life examples of having (the 2020 season) taken from them, I think it will change a lot of peoples' perspectives and hopefully it will translate into a much more driven and focused group of young men next year."