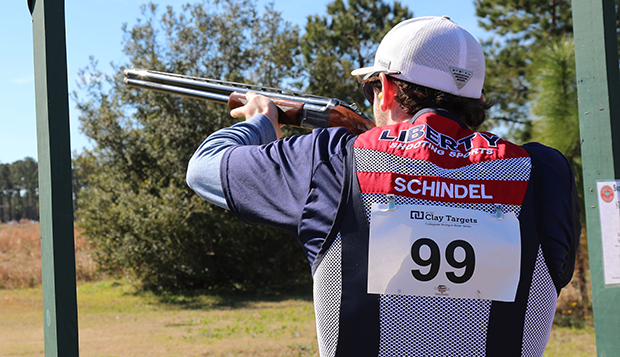 "This was our last preparation for (ACUI) Nationals in March and we actually were one of the few Division III teams that participated and the only one that had a top-10 overall performance," Liberty shotgun Head Coach Roger Johnson said, noting that Division III schools are limited to 10 competitors.

Individually, freshman Victoria Hendrix won a gold medal by shooting a 94 in her specialty, American Trap, and finished fifth among women with a high overall (HOA) total of 314 out of a possible total of 350 after factoring in her scores in American Skeet (96), Sporting Clays (87), and Super Sporting Clays (37).

She was the Flames' second-high overall scorer, behind junior Cade Schindel (316), who finished 37th overall, highlighted by his 96 in American Skeet and 93 in Sporting Clays.

"He actually finished as our team HOA for the first time after never previously placing in our top five, so that was an amazing performance out of him," Johnson said.

Freshman Austin Applegarth was the Flames' third overall performer, finishing in a virtual tie with fourth-place freshman Elijah Labrozzi with a 312 total, followed by fifth-place sophomore Justin Johnson (311) in an extremely tight pack.

Johnson expects a field of more than 30 teams in the Division III of the ACUI Collegiate Clay Target Championships, set for March 23-28 at The National Shooting Complex in San Antonio. 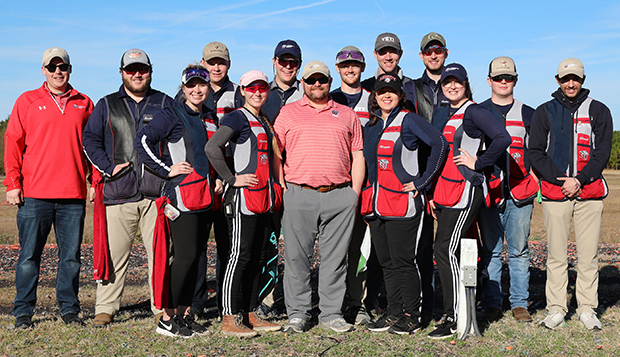