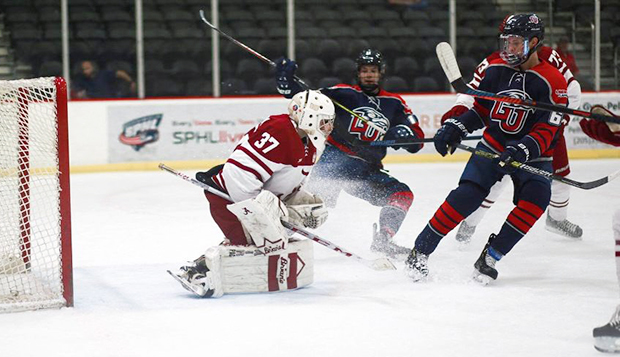 Fall break came at the perfect time for Liberty University's ACHA Division I men's hockey team, which traveled south and passed its first road test this season with a 6-0 series-opening victory at Alabama, Friday night at the Pelham Civic Complex.

Sophomore goalie Tyler Myers posted his second shutout in as many starts as his defense denied the Crimson Tide on all four of its power-play opportunities.

"I thought our guys played pretty well overall," Liberty Head Coach Kirk Handy said. "Tyler played well in net and our penalty kill was excellent for us again and we were able to score a couple of power play goals. That's a good game plan on most nights and our guys executed it fairly well."

After 17:30 of scoreless action to start the contest, Liberty capped the first period with two goals in the final 2:35, the first by senior forward and assistant captain Victor Blomberg off a scramble in front of the net. Then, just 14 seconds before the first intermission, sophomore forward Josh Fricks netted his team-high seventh goal of the season, extending Liberty's lead to 2-0.

"The shot advantage was in our favor and defensively, the guys stuck to the game plan," Handy said. "It was a solid team effort."

Ryan scored his first goal less than two minutes into the second period to extend the Flames' lead to 3-0 before Thompson netted back-to-back power-play goals off assists from senior defenseman Jacob Fricks, lifting Liberty to a 4-0 lead late in the second period and 5-0 advantage early in the third.

The Flames and Crimson Tide will face off in the series finale on Saturday at 5:30 p.m. (EST) with a livestream available through Alabama's website. 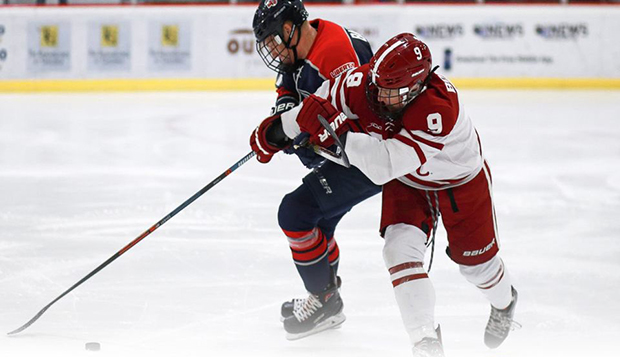