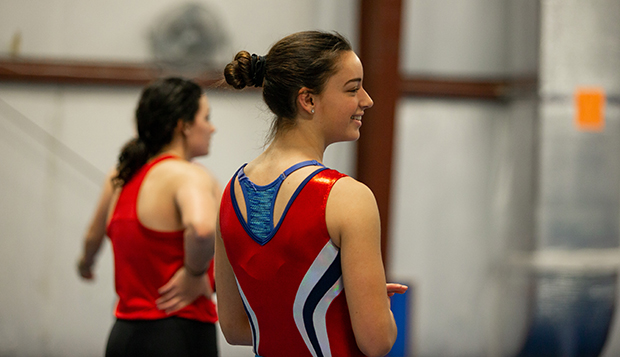 With the program coming off its second top-five finish in three years at the National Association of Intercollegiate Gymnastic Clubs (NAIGC) Championships, Liberty University's women's gymnastics Head Coach Tim Kappell is working to rebuild a solid foundation for the future this fall.

Liberty graduated Julie Bouton, the national runner-up in the all-around at the 2018 NAIGC Championships held in her home state of Texas, and McKella Johnson, who helped Bouton lead the Lady Flames to their best-ever fourth-place team showing in 2017 in Columbus, Ohio.

"We're losing two of the best kids in the country — both of them placed in the top 10 the past three years — but we've got two incoming freshmen that could very well fill their shoes," Kappell said.

His success in landing top-caliber recruits has buoyed his hopes that the team can return to the top echelon of the Level 9 competition for upcoming meets this season.

"I feel pretty good, honestly," Kappel said. "I'm pretty competitive. If we're not in the top five at the end of the year, I'm disappointed. That experience that our freshmen and sophomores from last year had, if they can carry it on and show the new kids coming in …" the Lady Flames should be right back in contention at nationals next spring, which will take place in Providence, R.I.