Triathletes gear up for collegiate nationals in Arizona 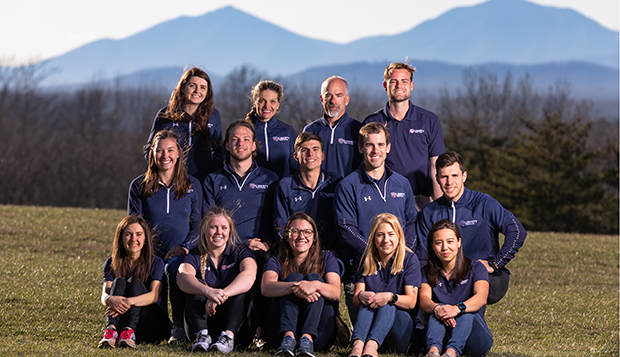 Liberty University's triathlon team will be well represented with seven men and seven women at this weekend's USA Triathlon Collegiate National Championships at the Tempe Beach Park in Tempe, Ariz., which last hosted the event in 2013 and 2014.

"Everyone is super excited to race and make the team trip to Tempe," Liberty Head Coach Heather Gollnick said. "The team has been training upwards of 20 hours a week this semester and I have seen great improvement from our beginners all the way through our elite athletes. I expect all will race well and I know they are prepared to give it their best effort."

She said the warmer weather in Arizona — high temperatures are projected to exceed 80 degrees on Saturday — could be a factor for her athletes after they have become accustomed to training in colder conditions throughout the fall and spring semesters.

"The majority of our athletes are experienced enough to know how to manage their electrolyte and nutrition intake," Gollnick said. "We are ready to race."

The men's Draft-Legal race is scheduled to start at 3 p.m. on Friday followed by the women's event at 3:25 p.m. Saturday's Olympic-distance races will be staggered with five men's waves starting at 10:30 a.m. followed by the first of four women's waves at 1:20 p.m.