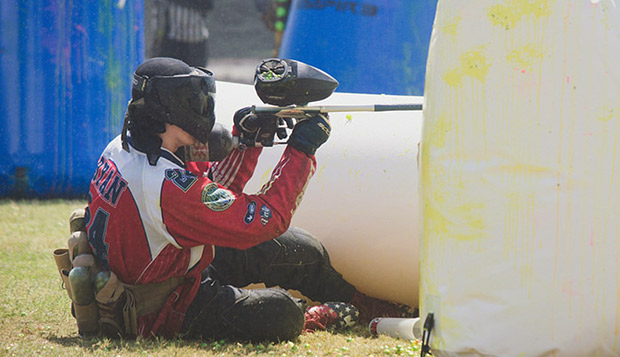 It could be a rebuilding year for Liberty University's paintball team, which returns to action in October after capturing its first National Collegiate Paintball Association (NCPA) Class A national championship this past April in Florida. But Flames fifth-year Head Coach Brian Davidson and his young squadrons are looking forward to the challenge of defending their title.

"We're going to be the team that everyone wants to beat and the team to beat," he said. "That's part of the territory, and it is a good opportunity. Everyone knows who we are and that puts us on that stage to share our faith and share why we're different than other teams."

The Flames return nine veterans on their 16-man roster, who will form one Class A line with 10 players and one Class AA team with six.

"We need to really train hard this year, to teach the new guys on the team that are stepping up to fill the shoes of the guys that graduated," Davidson said. "Our conditioning is still good and we still have some good talent, hopefully enough to carry the title. We're still going to be a contender."

Some of the top guns on the Class A line include junior Corbyn Ryan and sophomores Josh Montanari and Austin Marstin.

"They all played a little bit on Class A at nationals," Davidson said. "Josh and Corbyn were starters on the snakeside and Austin was a backup at center or on the snakeside."

Juniors Zach Moore and Justin Vespa are the Flames' other returning players with Class A experience.

Newcomers to watch include James Murray, a top recruit from Florida, and Giancarlo Spinelli from Smithtown, N.Y.

With no Mid-South Collegiate Conference (MSCC) events scheduled for the fall semester to date, the Flames are planning to debut their new Class A and AA lineups at the Oct. 6-7 Northeast Intercollegiate (NEIC) Open in Chesapeake City, Md.

Davidson expects there to be one Class A and one Class AA MSCC tournament scheduled in both the fall and spring semesters, with Liberty hosting one in the spring. When they're not competing, the Flames have the benefit of training on their own turf facility, the Liberty Paintball Fields on East Campus.

"We have a big advantage being able to practice on campus with a beautiful facility provided for us," Davidson said. "We can teach these new guys and keep our level of competition elevated, even if we don't get the opportunity to compete much as we'd like to this year." 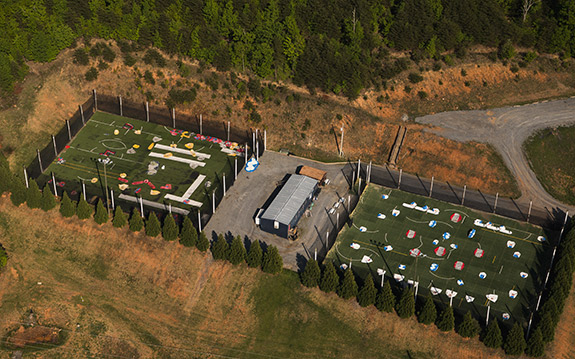 The Liberty Paintball Fields provide a training advantage over most teams. (Photo by Leah Seavers)